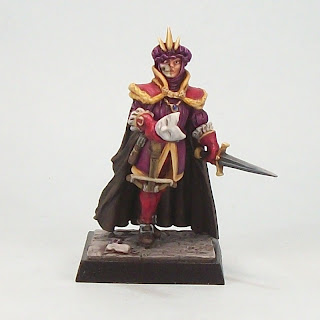 Two days later than I hoped for, but my side of the Freebooter's Fate Painting Challenge is done. Rob inevitably got his done on time, but I am glad all the minis are finished, even if I had to right to the end of the month to do so!

It has been great to see Rob's Crew building up (see here) over the weeks and it will be nice when we can get some games in with them., Who know, we may each have some more options by then.

The Master Assassin is a Leader, so that means I now have a core Brotherhood Crew and can add more Specialists since the unlocking models (Deckhands and Leader) are complete. In fact, the Specialist from the Staretr Set is in the queue since I substituted Apagado for that mini. I also have some very special stuff on order too, so more on that when it arrives... 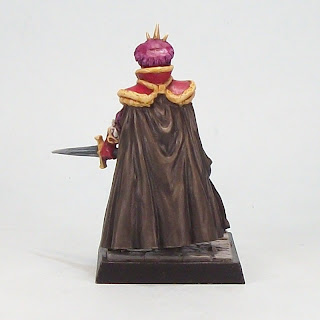 Painting the Master Assassin himself has been a big pain in the bum from start to finish to be honest. I think it is a great looking mini, just that mine fitted together pretty badly, which meant green-stuffing, which in turn meant it could not be painted in separate components. And as it had to be assembled first, it has some very hard to reach parts. Not a mini I would ever choose to paint another of I think.

But it is done, and that is the main thing. Well it was until I lined up it up to take a picture of the whole Crew, and then pinged off his left arm which know needs to be put back in place. Grrr.

I will try and get a group shot soon after i have repaired the Master Assassin. I may look for a less fragile Leader too while I am at it...
Posted by pulpcitizen at 11:53