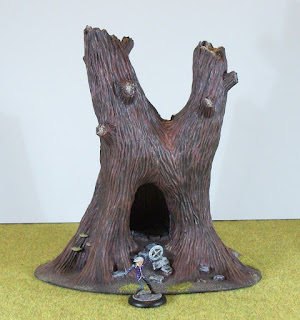 This one I have had for a while; I bought it because it looks cool (at least to me!), even if it is pretty limited to fantasy style battlefields.

It has a nice big foot-print (a crucial thing I find) and should make a nice centre-piece for some games, hopefully sooner than later.

The miniature there for scale reference is a Wissenschaft Agent from Anima Tactics, mounted on a 30mm base.

It is well-cast and like the other Battlefield In A Box items comes pre-painted - a real boon to me, with time being at a premium for hobby stuff. I am such a slow painter that anything that can save me time is a real plus.

With a RRP of £25, I do think this is good value for what you get; it is solidly cast and neatly painted.

Of course there are some that would baulk at paying for terrain, but at the price, for the size, I think it is value for money, but your mileage may vary as they say. Whoever they are (okay, I have been known to say it, but I am waffling now...). 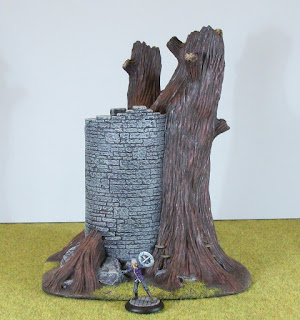 The static grass comes in a pouch, so is optional; but if you want it, you have to do the work yourself. This is no great effort, but just be aware.