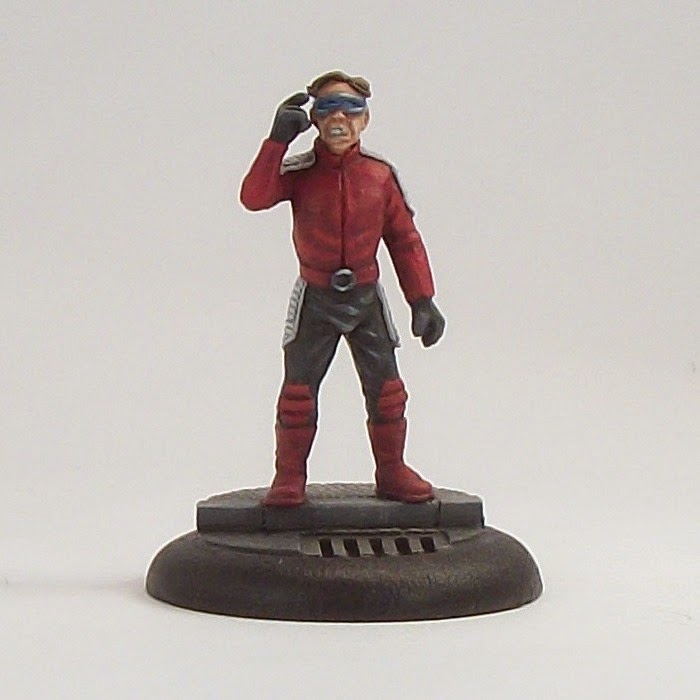 Oculus is the name I have given this model, which is another from Nexus Miniatures (click for link to the Nexus site), from their SDZA (Super Dinosaur Zombie Apocalypse) range.

Like Razorclaw, Oculus is a member of SHOC Force, and often acts as de-facto field leader for the team. His powers allow him to see across the range of the electro-magnetic spectrum as well allowing him to project devastating short range line-of-sight electro-magnetic blasts using specially developed goggles. There is friction between the straight-laced Oculus and the abrasive wild-man Razorclaw, which causes tension in the team.

I started painting this mini at the same time as the first one, painting the bulk of each in tandem, although focusing on one at a time when it came to the finishing details of each. I struggled with painting the face, but I am leaving it as it is so I can keep momentum for other minis. 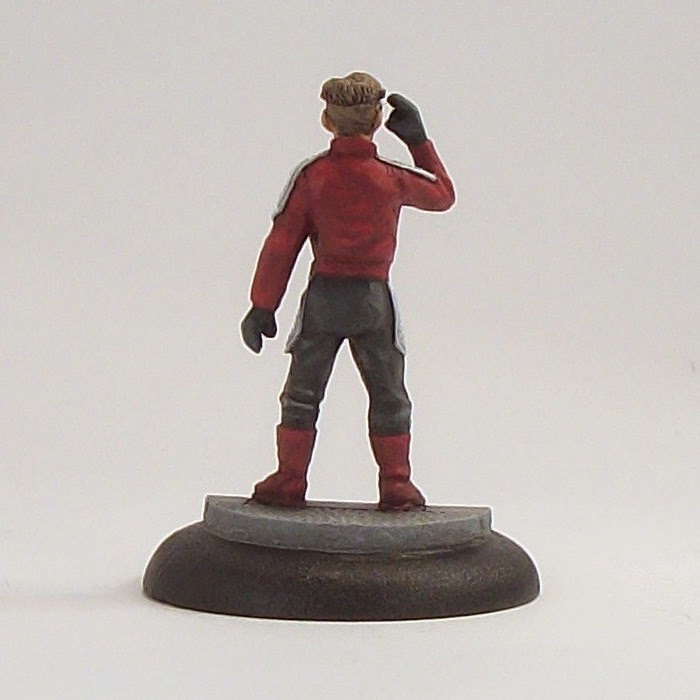 Having painted these two, I am looking forward to more SDZA releases using the same uniform motifs so I can add to the ranks of SHOC Force. More generally, I am really happy to have painted a couple more minis, my first two this month, especially after struggling to get stuff painted for so much of the year.
Posted by pulpcitizen at 02:38