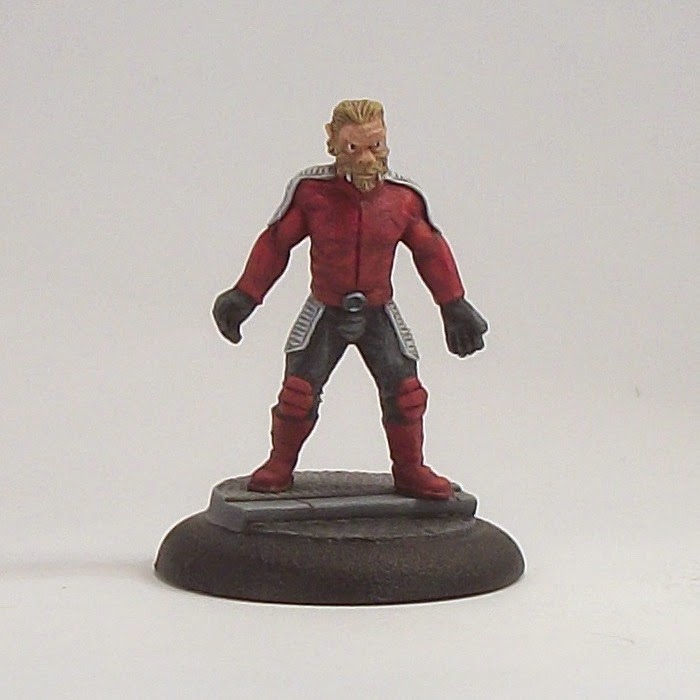 While on my recent painting roll (a pretty unprecedented-for-me 14 minis in two months - not the kind of output I have managed since giving up bulk painting GW stuff), I decided to get some work done on a few minis that would all include a lot of red.

This is the first mini finished of a small handful of minis that I started in the past week. The model is from a new company by the name of Nexus Miniatures (click for link to the Nexus site), from their SDZA (Super Dinosaur Zombie Apocalypse) range. Nexus and SDZA is the brainchild of my friend Drew, aka Doctor Warlock.

As soon as I saw the FON (Freaks Of Nature) Agents for the SDZA range I knew I wanted them, what I wanted them for, and how I wanted to paint them. So I bought the first two, which will be joined by others as soon they are released, and which I will be using for a secret project over the next year or so, and with all to be painted in a matching colour scheme. 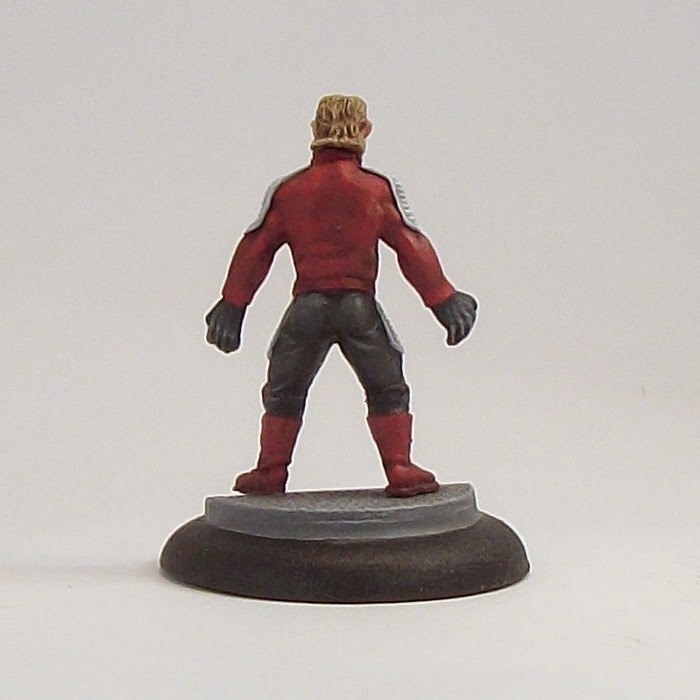 For my secret project the mini will become Razorclaw, a scrappy bad-ass feral superhuman who has been recruited as part of a clandestine team code-named SHOC Force (Super Human Operations Covert Force) in homage to 90's comic book super teams with names such as WildC.A.T.s and H.A.R.D. Corps. Razorclaw is fast, strong and tough, and since his recruitment into the ranks of SHOC Force is just beginning to learn of his true heritage as an Unhuman, a secret race of super-powered beings.

Razorclaw is the first of several minis I want in the group, as the secret project I mentioned involves testing as many combinations of 'rules stuff' to destruction as possible, and I would like a selection of minis to help me focus on that, that are not too specifically tied in my on head to anything in particular.

The colour scheme was inspired by VALIANT Entertainment Inc.'s comic book anti-heroes known as HARDCorps (see image right for an example). While I have not copied the scheme wholly, I have used the predominant placement of red, black and white in the best-fit parts of the mini as I saw it, and I am pretty happy with the outcome, even if it isn't my best painting (I have not been painting much red lately so it was a struggle). The next ShOC Force mini should be posted in the next few days.
Posted by pulpcitizen at 09:34