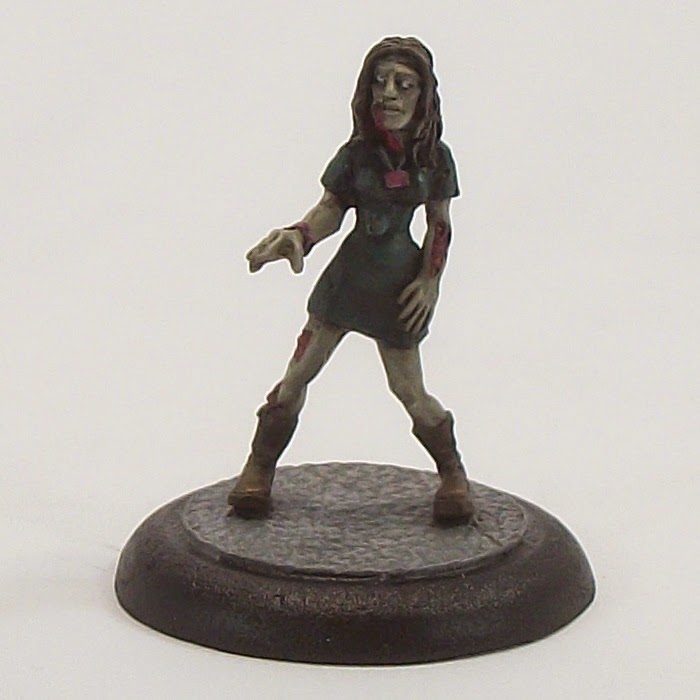 This was a rush paint-job to hit the deadline, and I am not ashamed to admit that. Still, despite that, and a pretty crappy mini, it is done, and another walker adds to the meagre horde.

I generally like the Studio Miniatures range of metal zeds, but this is poor and shows off the worst aspects of some of their minis IMHO, with some ill-defined areas, weird lines in parts that don't really make sense, and a flipping huge bobble head.

Since I don't plan to chuck out the 'bad minis' of theirs that I have picked up, it was due for painting, and it was already under-coated, which made it prime choice for quick painting this week.

I only had limited time for this mini due to working on a big final essay for a course, so this is what it is. It is another addition to the newest 'Zombie triad' (the 'greens'), which means I will try and complete the trio next week. 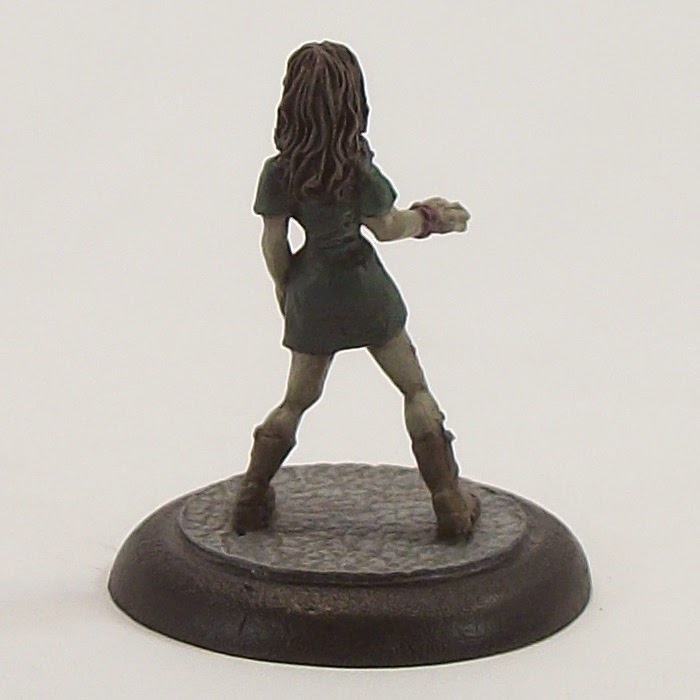 Two weeks in and two deadlines met for me. So far, so good. More importantly, it has been cool seeing other Zomtober works from around the minis blogosphere - well done guys!
Posted by pulpcitizen at 12:11