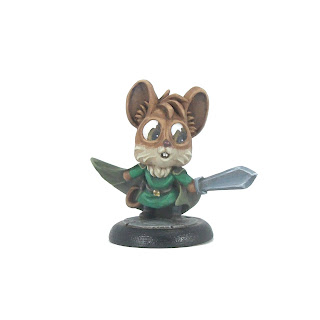 The Gerbil Fighter from the Tooth & Sword range is the first Chibi Fantasy mini I have painted in a little over a year, and it made a nice change of pace from trying to get the Kitbash Games stuff ready for launch (enjoyable though that is - it creates its own pressure), and more importantly clears a part-painted mini from the dreaded painting queue! 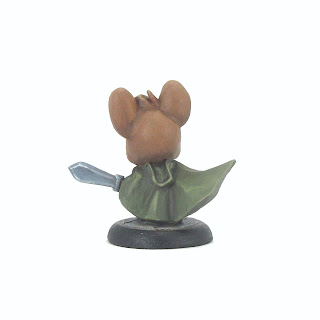 In the past week or so I have been tinkering with some rules ideas for fantasy dungeon-bash skirmish game character progression, and that in turn motivated me to finish the Gerbil Fighter. This marks the twentieth mini for my Chibi Fantasy selection (two Adventurers and eighteen Monsters); the total number surprised me when I looked in the figure cabinet - more than I would have estimated.

I would like to get at least four more minis painted this month to at least exceed my second-worst annual painting total (24 in 2012, better than an estimated 18 in 2009); to that end I have a few other fantasy bits and bobs I may try and tackle such as Treasure Chests and another Mimic, and maybe another Adventurer.