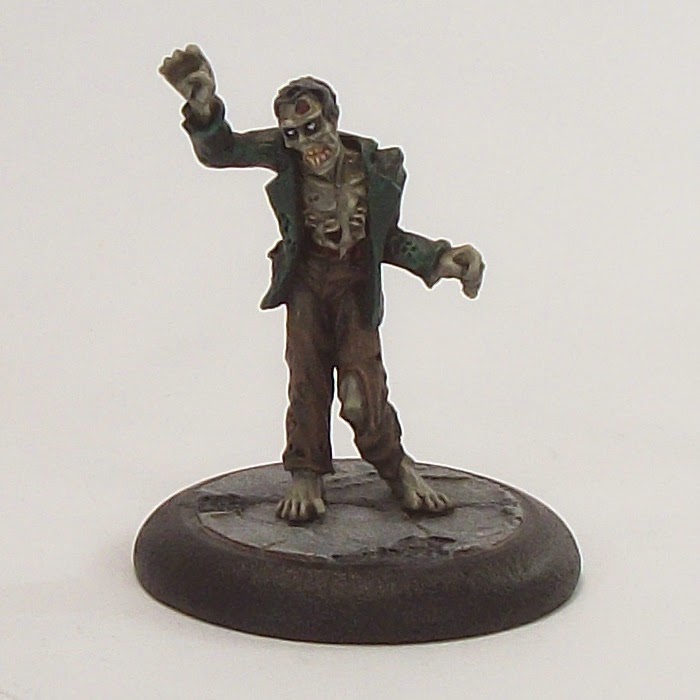 Week 3 was finished on Saturday, and I didn't feel I needed to rush this time. This one was stress free, which was very nice, and the deadline was nowhere near as close as the first two weeks!

It has been great again to see the Week 2 and week 3 posts in the last few days - well done guys.

This is the final Zombie of the 'green triad'; I will post group shot of a few more triads soon. The mini is from Crocodile Games, primarily known for the Wargods of Aegytpus/Olympus lines; they have two packs of modern Zombies which I picked up for their cops, which was before Studio Miniatures did their own cops.

Over this weekend I have done a little more work on another Zed, which means I have 3-4 in varying stages of completion. If I can finish two of those for next week I would be very satisfied. 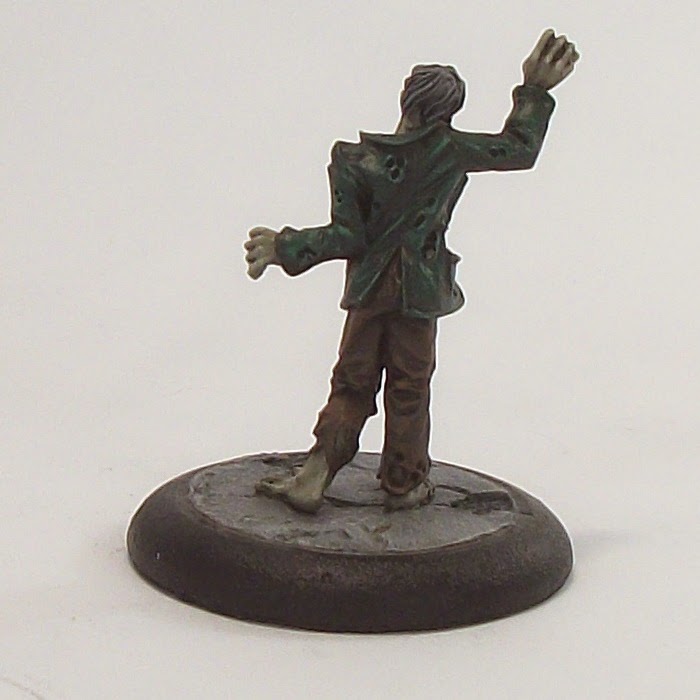 One happy knock-on effect of Zomtober this week is that it has helped spark my motivation to get some other minis finished (including this one - click for link), which is a welcome bonus, and funnily enough something similar happened last year two; so Zomtober is the gift that keeps on giving at least as far as my painting is concerned. In June to September I painted 8 units (there is a 5 mini model counted as 1 unit for this purpose). In the first 3 weeks of October I have already finished 4 units, and could be at 5-7 by the end of the month.