In Defence Of Crowd-funding For Established Hobby Companies

A couple of familiar refrains I come across when there is hobby-related discussion about crowd-funding are:


I cannot say I agree with either sentiment, and here is why.

Crowd-funding As 'Pre-order'
So in the eyes of some commentators, crowd-funding within the hobby serves as a 'pre-order' system. Yes, in as much as a pre-order system on a web-site would do so, except with some inherent advantages.

The tabletop miniatures hobby is a funny one. Gamers generally want value, and perhaps more importantly, regular releases of 'new stuff'. The problem is that on the whole, an item may need to sell a couple of hundred or more units to cover original costs, especially when pricing can cause sensitivity among the potential audience.

A hot item for a hot game may recover those costs quite quickly, perhaps in the first couple of months, but if not, if the item does not grab an audience, then the company has investment tied up in an item which may take considerable time to recover, if ever. So investing in the next sculpt becomes a more problematic proposition if hoping to plough whatever profits there may be into the next releases.

Pre-ordering de-risks that. Crowd-funding de-risks that. What I mean is that the risk of slow/insufficient return can be removed if the numbers of the project goal are right. What it means is that a company does  not have to rely on a slow trickle of income to add further new products, but can have an accelerated (of sorts) way of adding additional releases, with costs recovered up-front rather than slowly after the fact, thus satisfying the gamer demand for 'new stuff'. 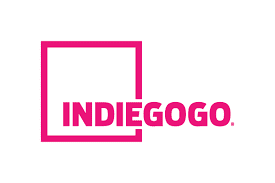 And all of that can be done within a crowd-funding platform like Kickstarter which creates advantages for projects small and large in terms - don't get me started with the problems I see inherent with Indiegogo...


'Larger' Hobby Companies Using Crowd-funding Platforms
Even a larger company like Mantic can use crowd-funding to meet demand (for multiple unit types comprising multiple models) that they may simply not have the cash-flow or cash reserves to achieve what is wanted by fans under the reinvestment approach. So to meet customer demand, arguably there is benefit for both Mantic (for example) and their customers when using crowd-funding, to get a game or range(s) to market within a relatively confined period of time. If a games' players and potential players demand a release schedule that exceeds to traditional reinvestment, then what is the real alternative?

For some, there may be an argument that the 'big' companies are squeezing out the smaller ones with their campaigns. Yet how does that argument hold up when there have been many successful campaigns by small companies within the period in which a small number of big companies (by minis hobby industry standards) have undertaken multiple projects?Arguably it doesn't.

The table-top skirmish games hobby is a niche one. there are some real successes, and some major players. But prevalence of a game or range does not necessarily equate to huge success. Even moderately well-known game brands may be struggling more than you think. Add-in that competition within local game stores is such that none can feasible carry all ranges limits opportunities further. And yes, maybe FLGS' need to adapt to a changed world, with changed opportunities.

Brief Conclusion
To lead a call against a platform which has arguably helped and democratised the minis hobby industry just causes me to encourage anyone leading such calls to really consider the costs of meeting their demand for 'new stuff' and the existence of the hobby they enjoy.

The time and effort of many of those involved in developing beloved games and ranges may be compensated through use of crowd-funding. For some the compensation for their time and effort may be realistically in line with their work done, while for others the only reward may be a very modest success that does not reflect the hundreds or even thousands of hours dedicated to get to that point. My point is that it is a small industry, and if crowd-funding is what the next age of the industry really needs, then I say, so be it.