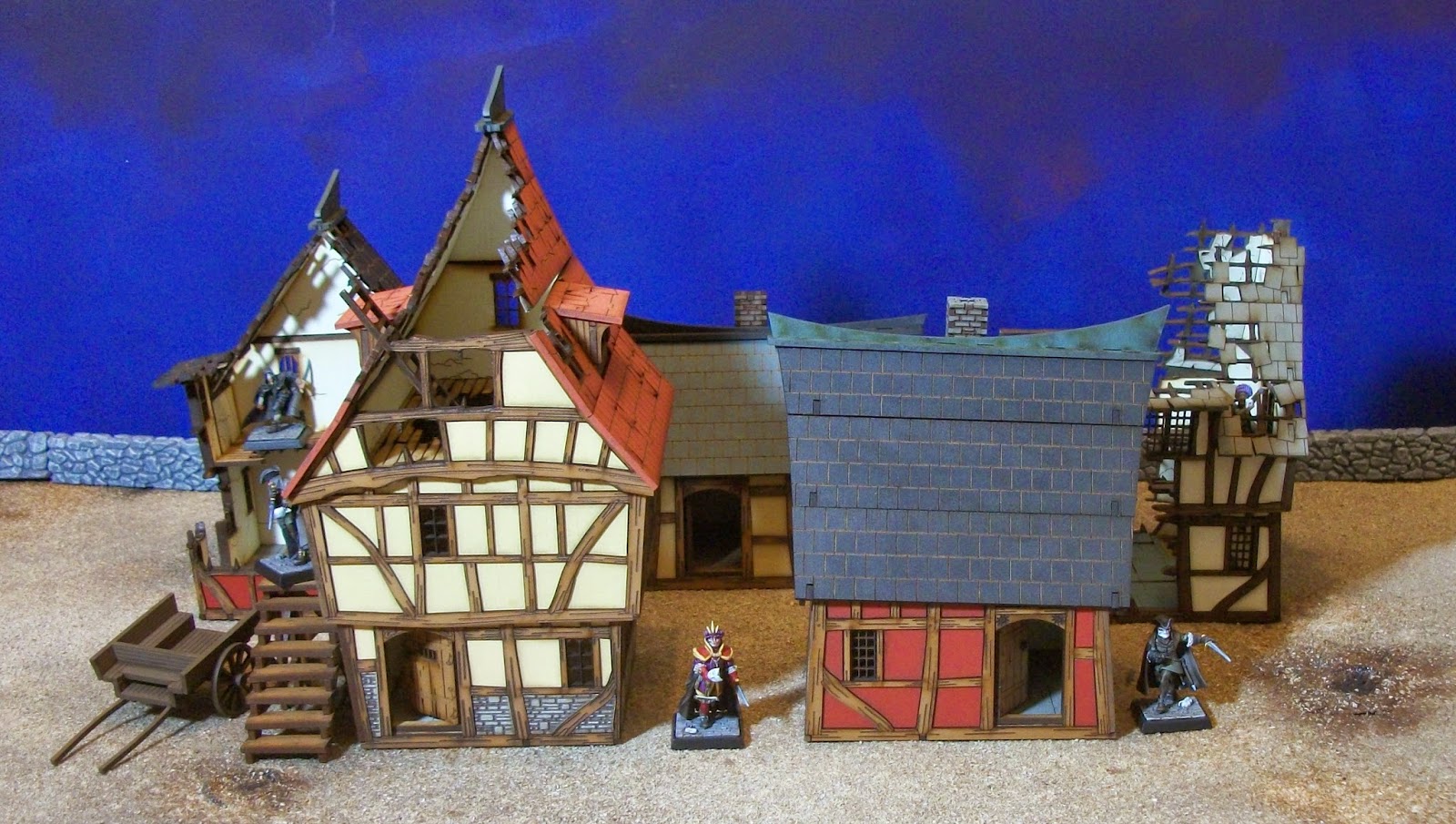 Compared to the other two ruins, this effectively has a usable third storey due to the exposed attic space. 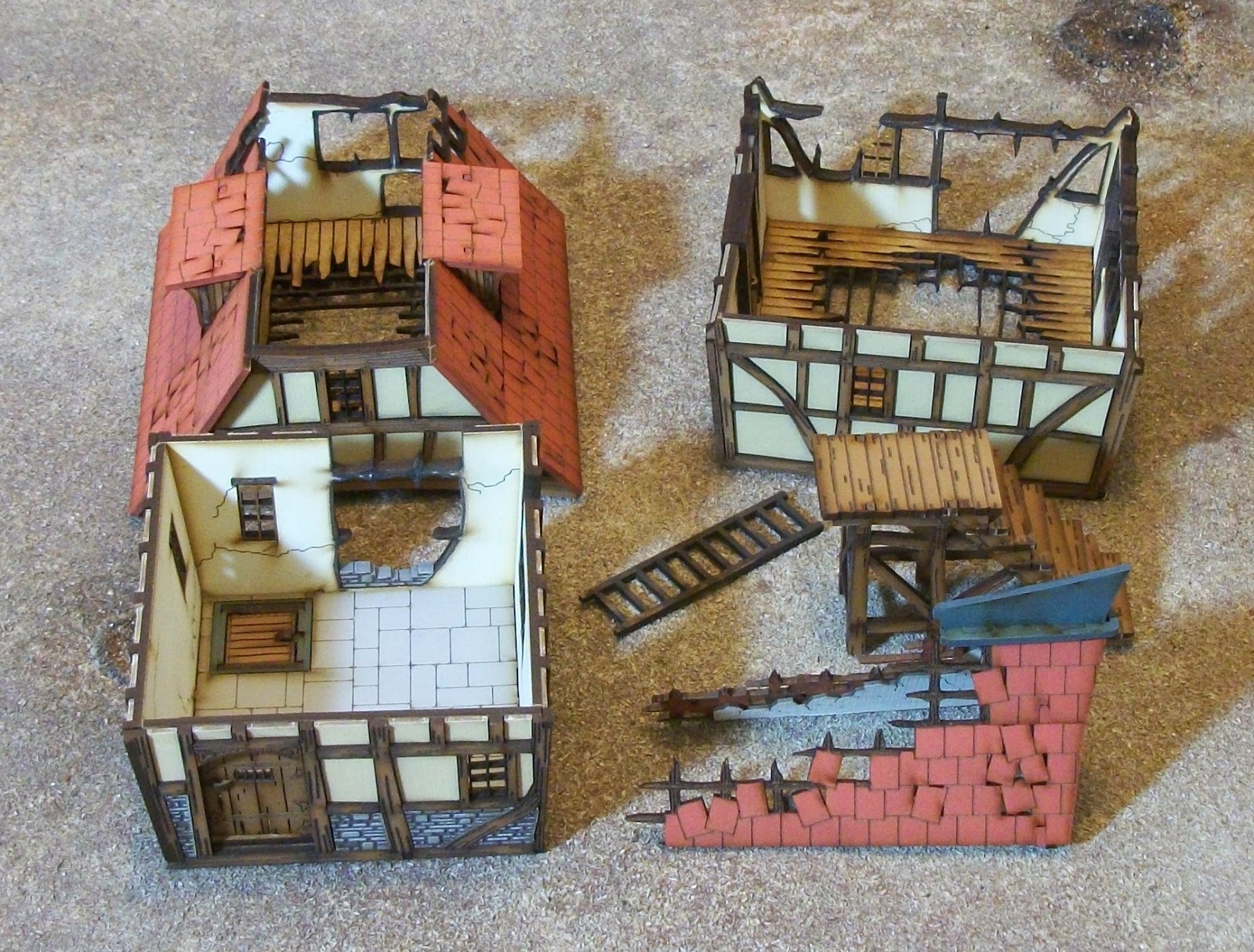 Although this one took a lot longer to put together, it adds some more variety to the array of buildings I have, so I think the time was worth it.


Backstreet Hovel (II)
(Fabled Realms Mordanburg Backstreet Dwelling 1) This building arrived in the days in which I finished the last one, and was, like the first Hovel, pretty quick to assemble, taking roughly 1 hour 25 minutes.

The rrp is £18, but they can be found cheaper if you look around. 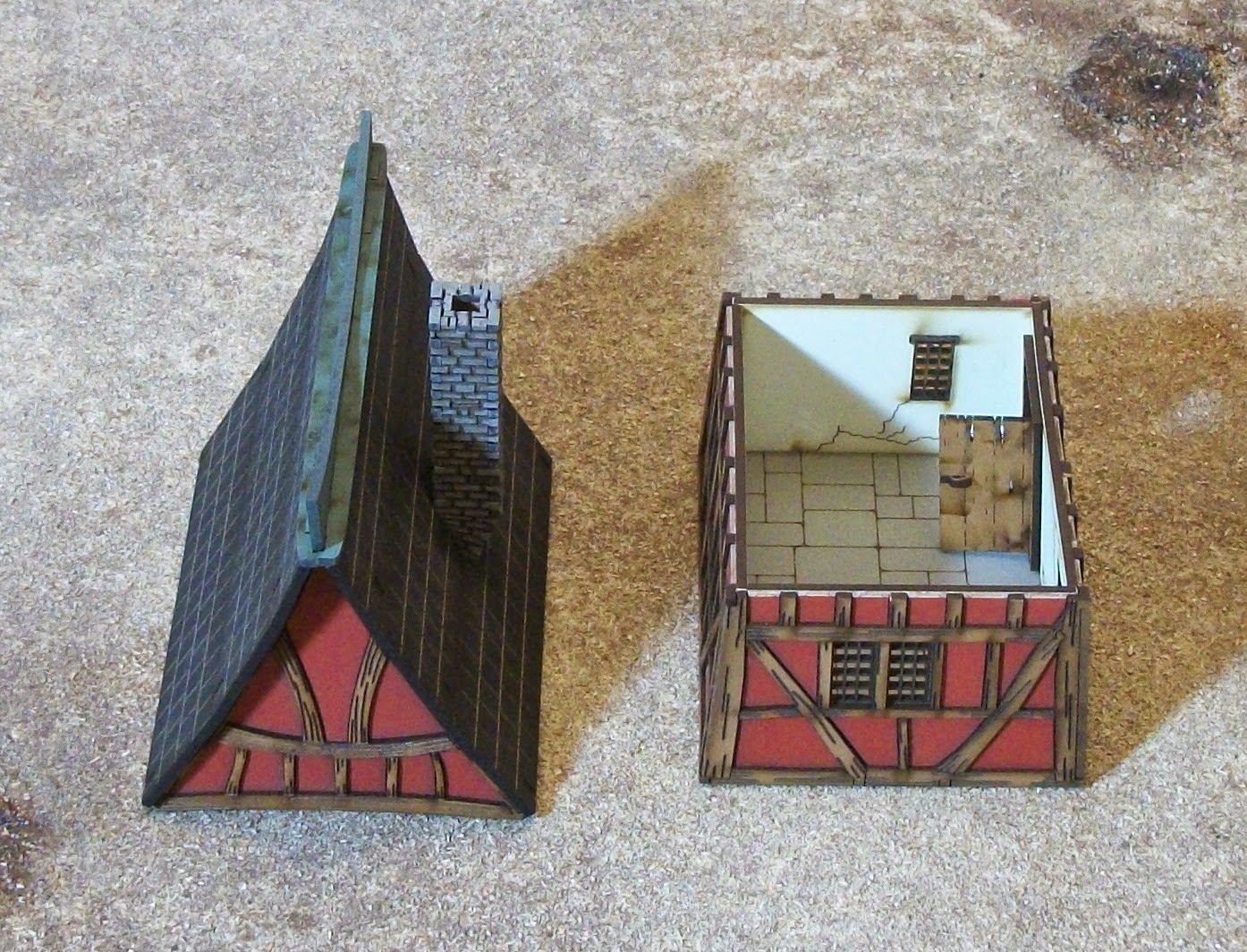 Currently there are no ruined versions of the Backstreet Dwellings, but if any are made I think I would get at least a couple. Speaking with the guys from 4Ground, they plan to make some ruined versions within the next couple of years.


The Town Grows
I have really enjoyed putting these 5 buildings together, and want to add more, but going forward I think I need some variation. So I hope 4Ground add to the range, and stuff like a blacksmith's or a warehouse would be really nice options in my opinion, and which they have also indicated may happen.

The next release planned is a City Watch Tower I hear, and even sight unseen I know I want it!