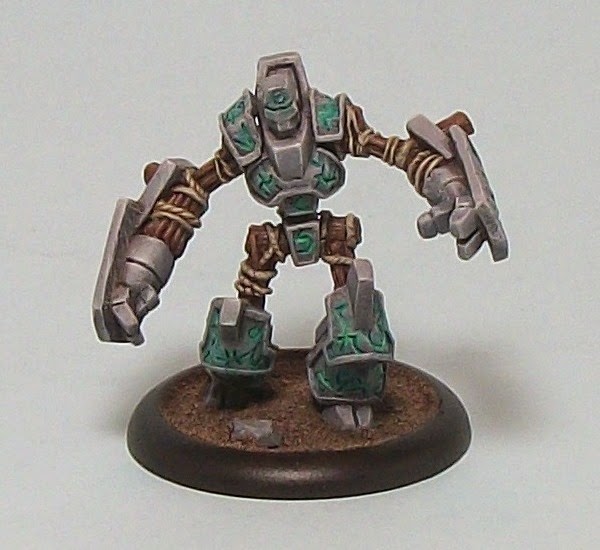 After a recent focus on building terrain, and before that readying a painted playable BMG crew, I have recently returned to some 'other painting' after a lay-off of a couple of weeks from the hairy sticks.

I started this Circle Orboros Hordes Woldwatcher mini a few weeks ago, before I dove into getting that recent terrain done, and started it again in the last few days.

With this force, I have gone for a slightly simpler painting approach, which helps with speeding up painting. That said, the ropes on the Woldwatcher, and before it the Woldwyrd, have been a bit of a pain as I have found them quite fiddly to do. 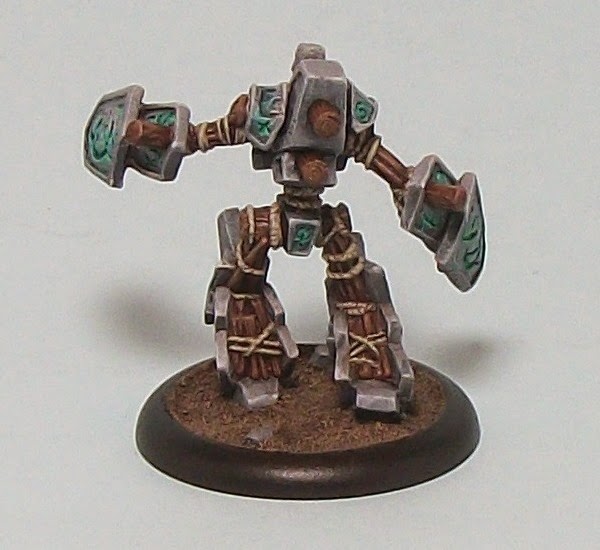 Like the Woldwyrd, this Woldwatcher is a Light Warbeast, and each clocks in at 5 points. With the Shifting Stones that takes me to 12 points of painted minis so far. If I take my planned Baldur Stonesoul as my Warlock, then I need to paint another 8 points or so of stuff. I could drop out the Shifting Stones to allow room for a Heavy Warbeast, which would require a 1 point addition, such as a Feralgeist which I have part-painted. I shall see how I progress. This will probably be a bit of a slow-burn project, but that progress may also depend on how my gaming buddy Rob gets on with his Khador stuff. If he adds more, that will spur me on, no doubt.
Posted by pulpcitizen at 00:02