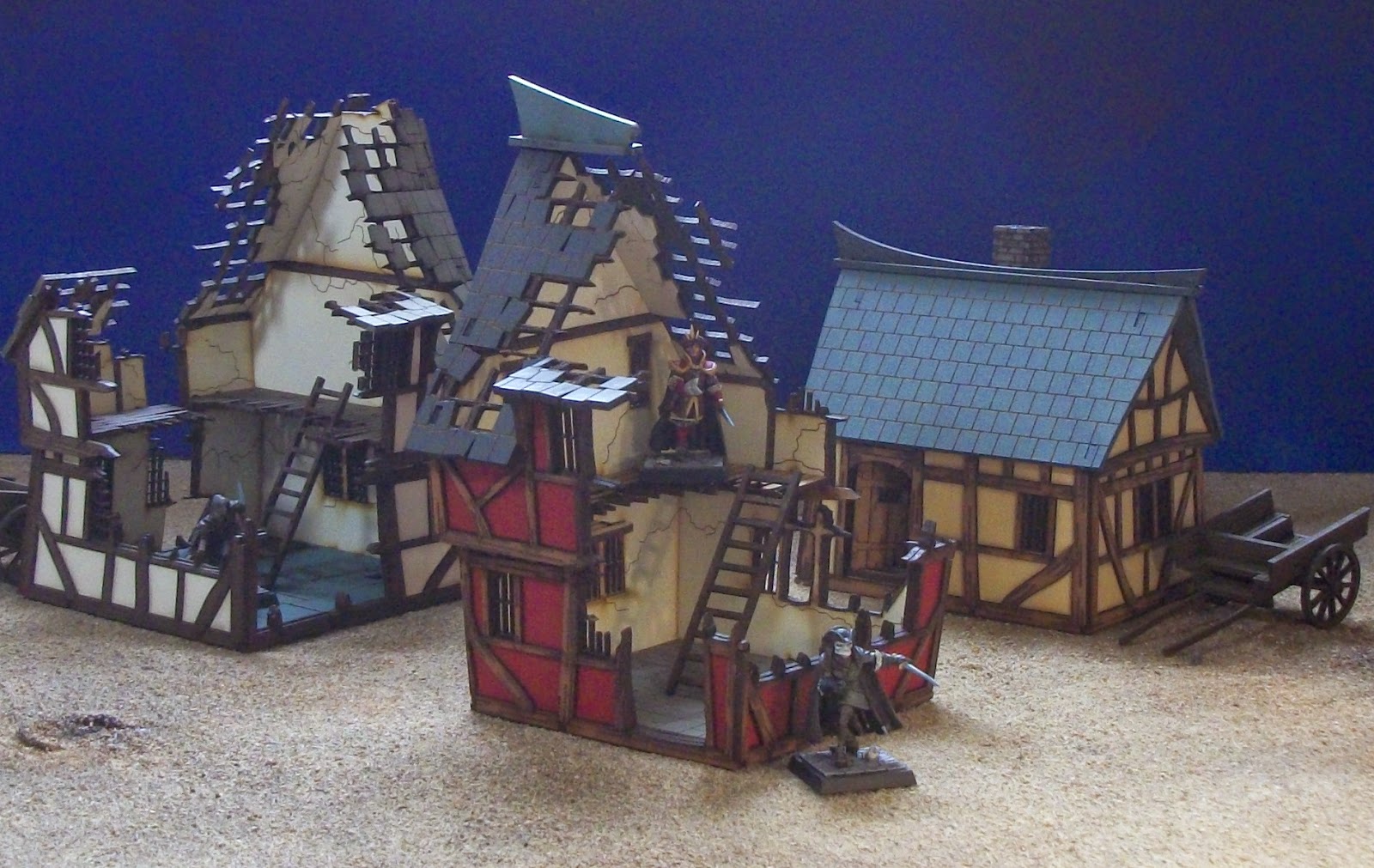 I was so enthused  about building my last Fabled Realms building, that I immediately started another one! I have found these surprisingly enjoyable to put together.

This kit is Damaged High Street House 03, and like the one in the previous post an undamaged version is also available at the same price (approximately £24 GBP; some retailers may have them a little cheaper).

Constructing the first Hovel and the first Damaged High Street House has helped me understand how 4Ground put their Fabled Realms kits together, which in turn has meant this third building was put together in just under 1 hour 40 minutes, so not that much longer than the Hovel, and definitely getting quicker in relative terms. 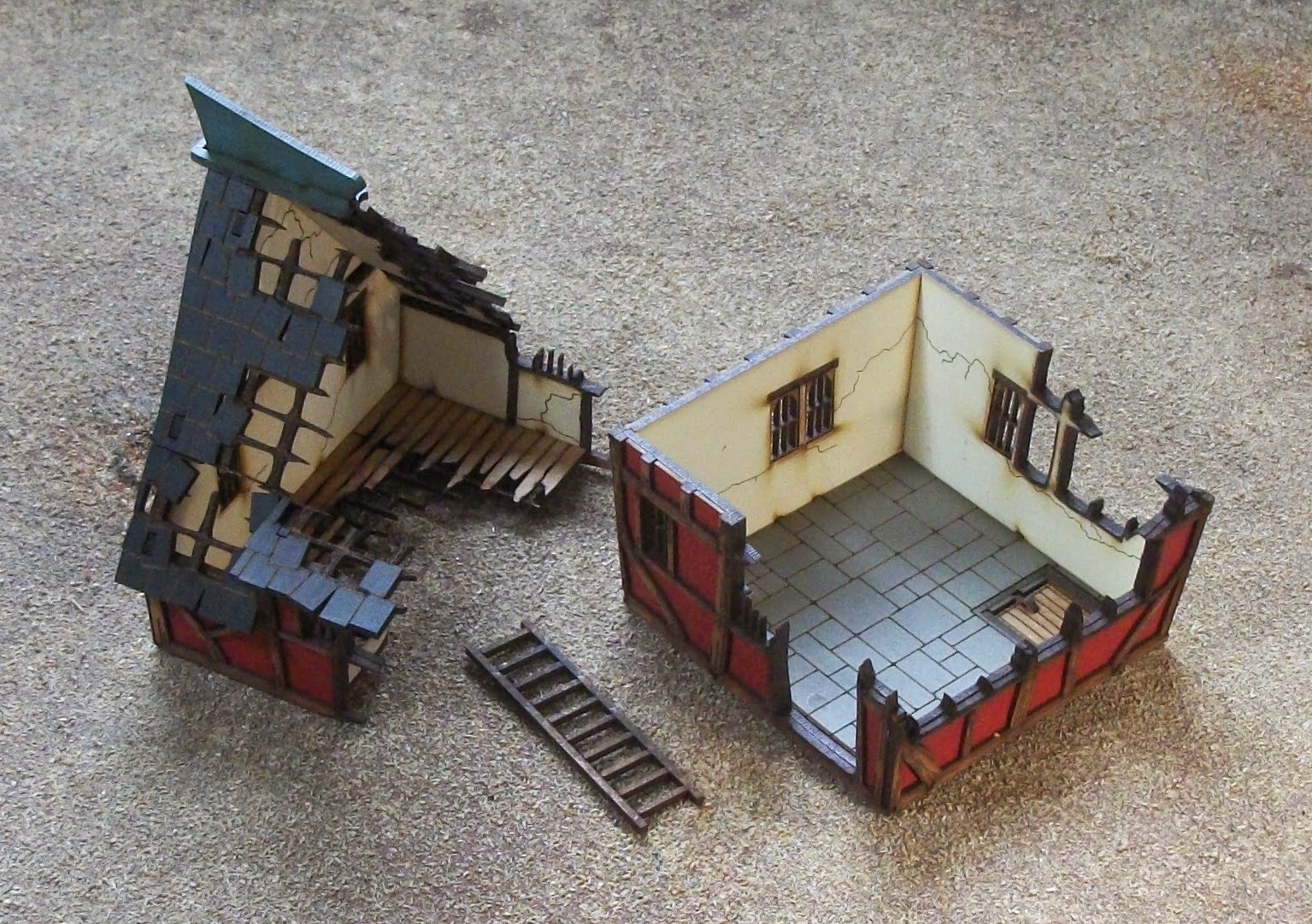 The building splits into two main assemblies once fully constructed, again making it accessible and functional. As before, Freebooter's Fate minis are used for scale reference. As an aside, it is nice for me to start seeing a few of these buildings together, acting as a spur to gaming.

Going forward, I have ordered some pre-paint stone walls; I have 3 resin pieces representing assorted wares to prepare and paint; and I have another Damaged High Street House to be built, and a second Hovel on order. I have some coursework pending in the next couple of weeks, so productivity on these will probably slow a little, but hopefully I will have all that I want completed in the next couple of months. Then again, I do have a kit waiting to be built...
Posted by pulpcitizen at 02:16