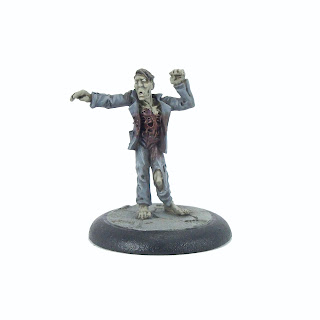 My Zomtober 2018 week 3, and this one was a bit more of a rush compared to the other two. Not a panicked completion, however my weekend has been occupied with other hobby stuff, not leaving much time for painting.

This Zombie is from Crocodile Games, and completes my 'grey suit triad' (as seen together in the bottom picture). Aesthetically, the feet are a bit on the big side (a funny contrast to the 'small' feet of the Cold War stuff). 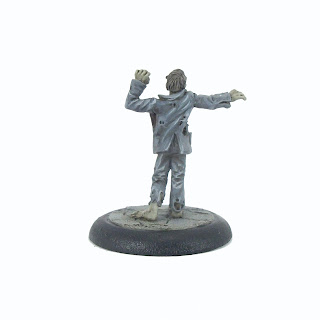 I picked up the two packs of Crocodile Games Zombies for the cops that they included (this was before Studio Miniatures did some American cops for their range), which means I have had this mini lurking around since at least 2011, possibly a bit longer...

I don't imagine I will paint more than one Zombie for next weekend, but I hope to get some more painting done this week on my Kitbash Games stuff, with both Alpha Male and Soldier Hex underway. 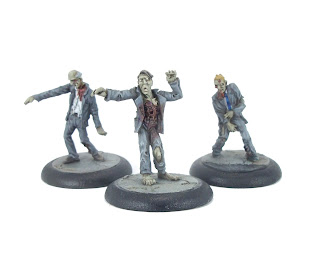