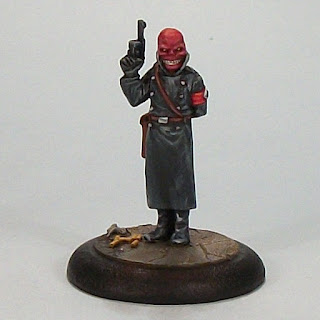 Okay not in any way a Red Skull mini, just one that conveniently was close enough to paint up as Herr Johann Schmidt. Whew - safely navigated that minefield.

This not-in-any-way-at-all-like the Red Skull is a mini from What The? Now I believe their lines have been taken over by another manufacturer, so may still be available.

This one got started as an afterthought when painting another mini, Sgt. Bale Extreme (on Pulp Citizen), mainly to pass time while paint dried on Bale. 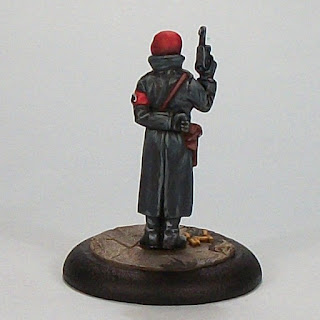 I decided this week to at least clear a couple of minis so this and the previous Boss Zombie fitted the bill and voila - one super-baddie that can be used for supers, Weird War II and probably other stuff as well (pulp maybe?).
Posted by pulpcitizen at 00:21