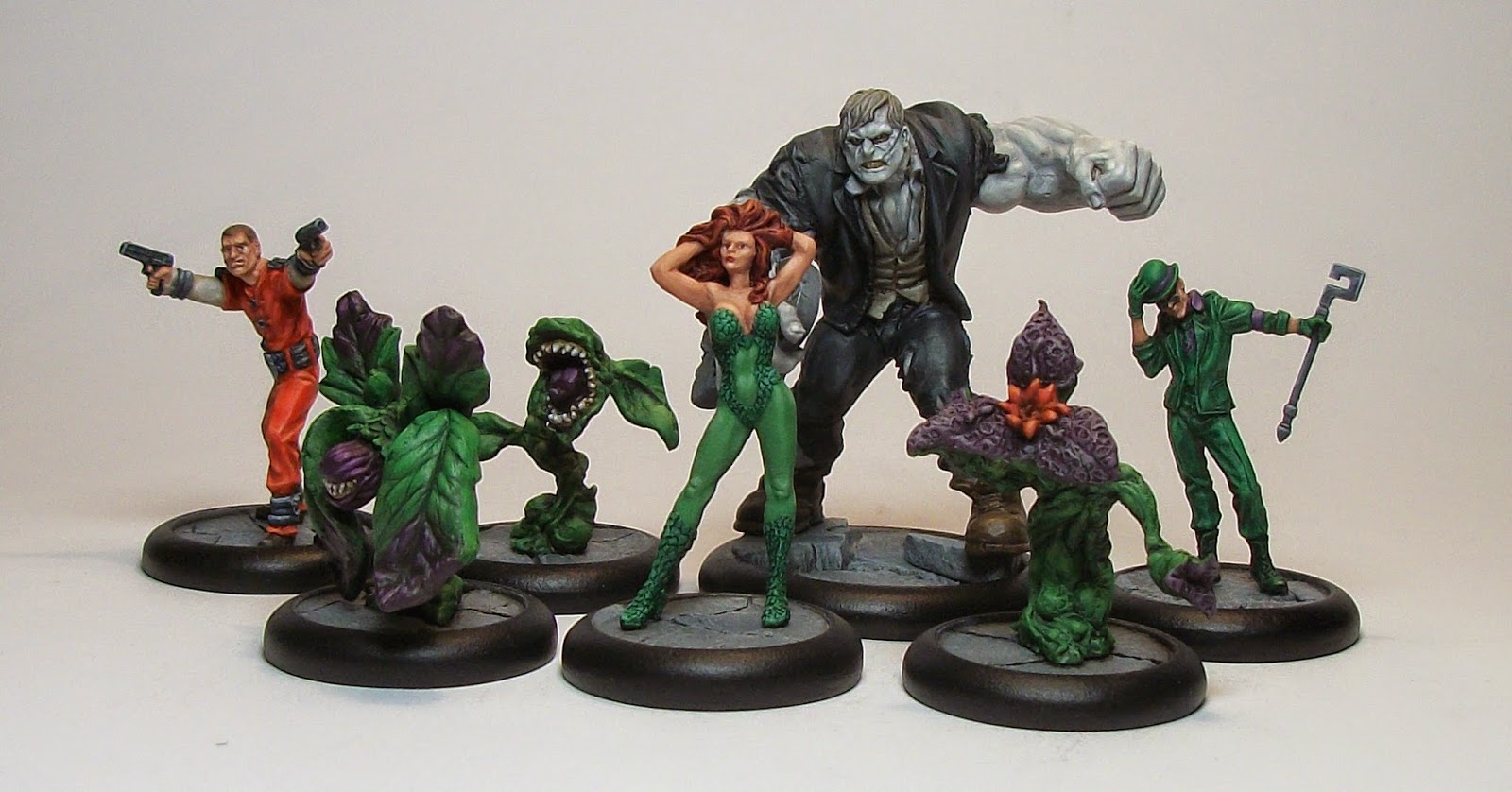 Finally, I now have enough to field a crew for BMG after finishing the Elite Plants! It has only taken 15 months, better late than never.

The crew has been built around Poison Ivy as Leader of course, and these minis come to 351 Reputation and $550, allowing some options for upgrading the Henchmen (which I will worry about when I have a better grasp on the rules). There are no Sidekicks, and the maximum of 2 Free Agents for the crew size/cost. Solomon Grundy I see as my centre-table beat-stick.

If I take this crew to the Titan Games tournament I would drop the cheapest model (the 10 Rep Plant), to make it a legal list.

Before the tournament I want to try and get Deadshot finished, who would replace Riddler, and would take the the value up to 348 Reputation and $850 Funding.

Since I have yet to play the game, I have no clue how this crew will manage - only time will tell! Time to get some games in!