In a recent Zomtober 2014 post I mentioned my approach of 'colour triads' for my Zombies; basically the upper body clothing of a set of 3 Zombie minis painted with a matching colour shade, or a set of thematically linked minis like Zombie cops. The idea being that it become a set of models that can be visually picked out easily if required. Basically the principle is ease of identification of sub-groups on the table. It could be used to identify special Zombies etc., depending on the type of game you are playing. 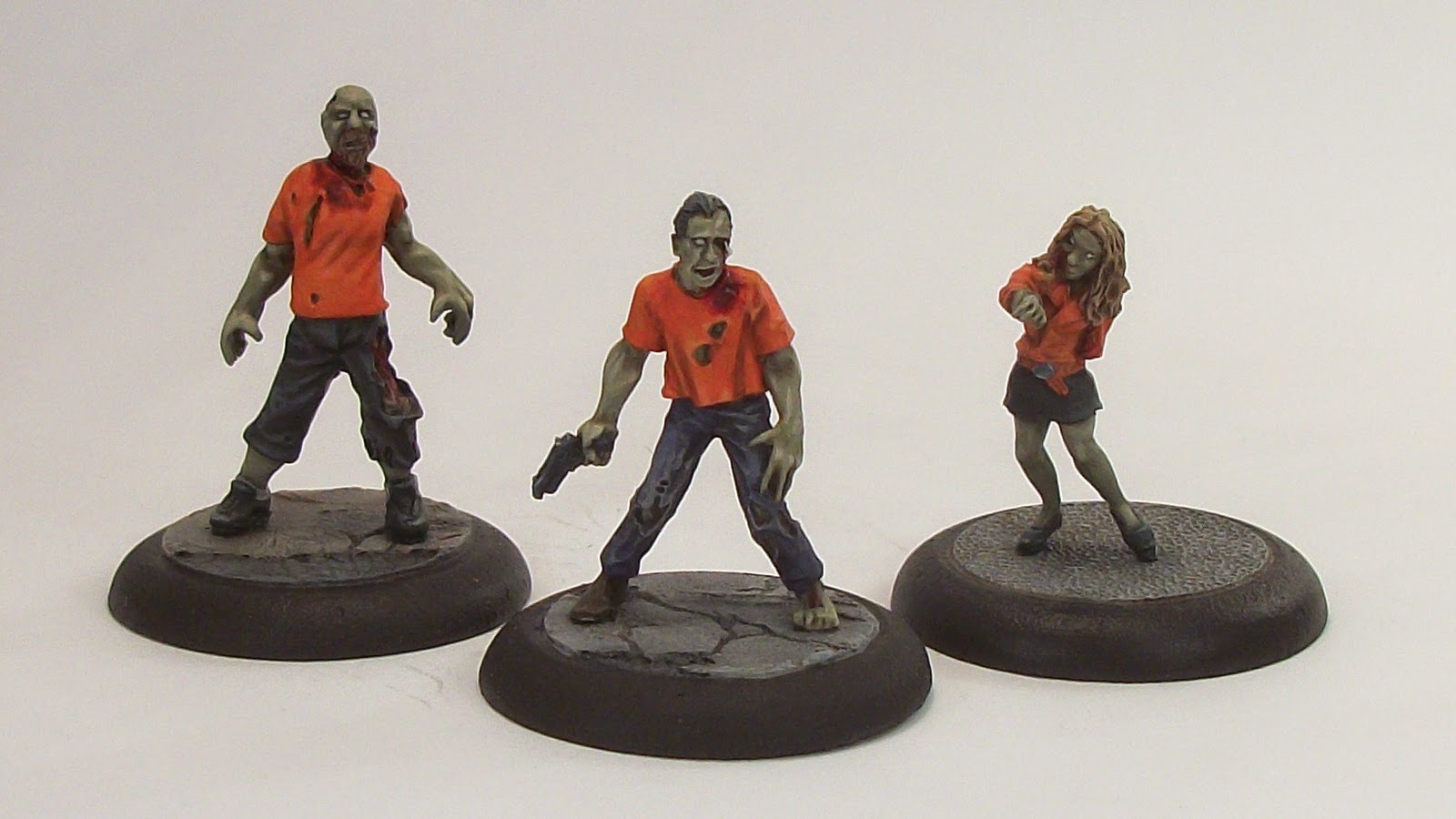 I initially started doing that for running the Zombies in previous edition Pulp City 'Invasion' scenarios, but as it has proven useful in finishing sets of 3 minis,

I have since carried the practice on, especially as it may aid in-game activations wherever they be used, as well as not looking unusual as the horde grows. Of course it is probably irrelevant for a lot of Zombie games, but it works for me, and it also makes choosing paint colours easier.

I have shown some previous Zombie Groups on the blog, and thought it was time for an update, with the 'green', 'orange' and 'black' triads. 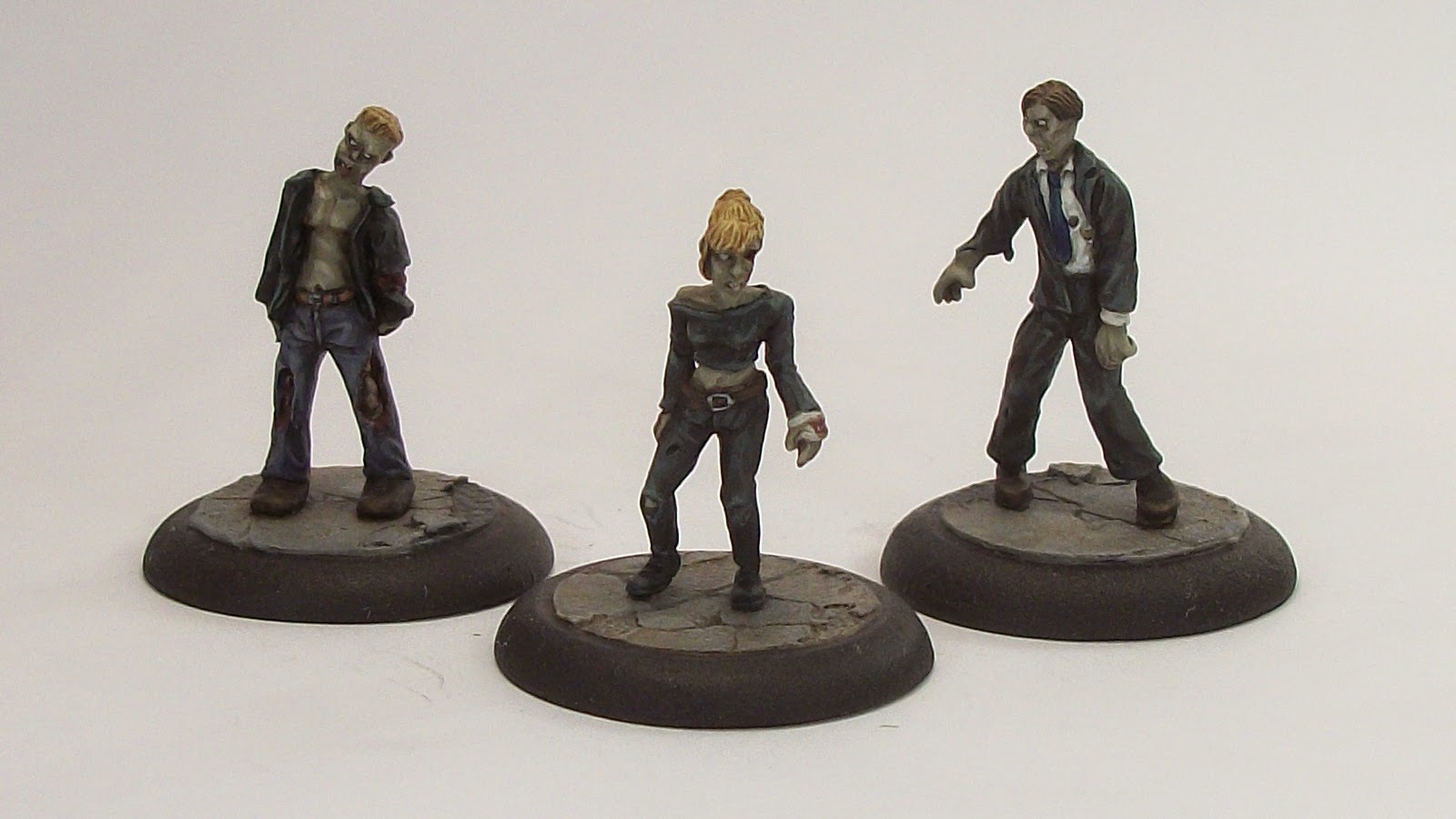 I have started the 'white' group if you saw my Zomtober 2014 bonus post. I also plan to eventually paint up some Zombie religiously themed minis, and of course I need more Zombie Clowns for a set or two of those; note I said need there, not want - Zombie Clowns are the scariest of Zombies, hands down. So plenty of groups to tackle in the future!