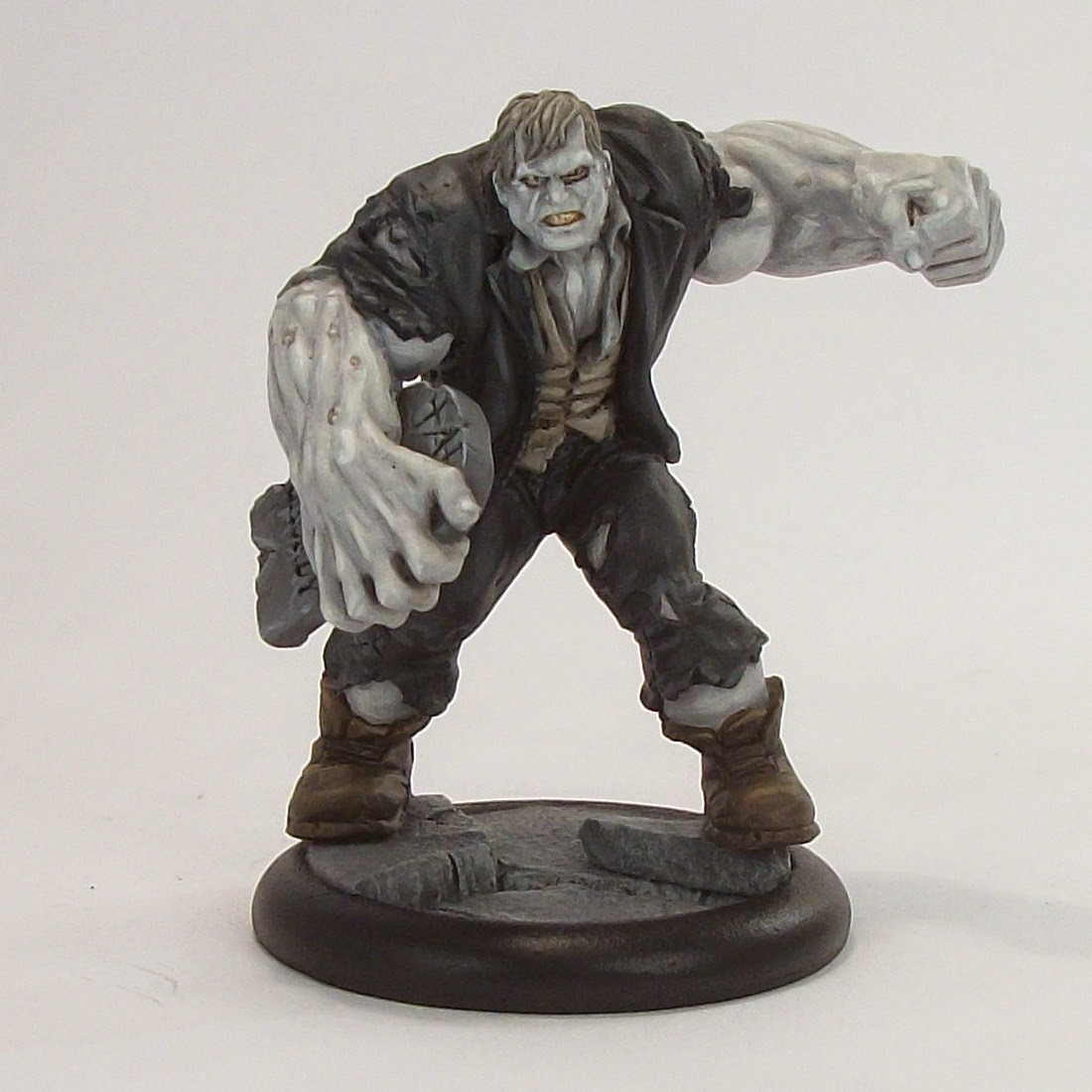 Solomon Grundy, born on a Monday, but painted over many days over several weeks! Grundy has long been one of my favourite DC villains, since first seeing the character in the pages of All-Star Squadron in the early 80's.

The character is named after a 19th century nursery rhyme, and for me has always had a very cool history and visual until New 52 shenanigans from DC, which for me ruined both his look, and unnecessarily (in my opinion) changed his origin.

As a kind of super-Zombie, I had hoped to finish Grundy during Zomtober 2014, but that was not to be. He is done now, and adding to my slow-build collection of Knight Models minis. I am a while away from a playable force, but that is due to the force construction limits of the game. You have to include a 'Sidekick' or 'Leader' for your Band, and cannot only use 'Free Agents', despite the fact that Free Agents make up the bulk of the models in the Batman Miniatures Game range. A quibble, and one that probably bothers  me more than other fans of the range. 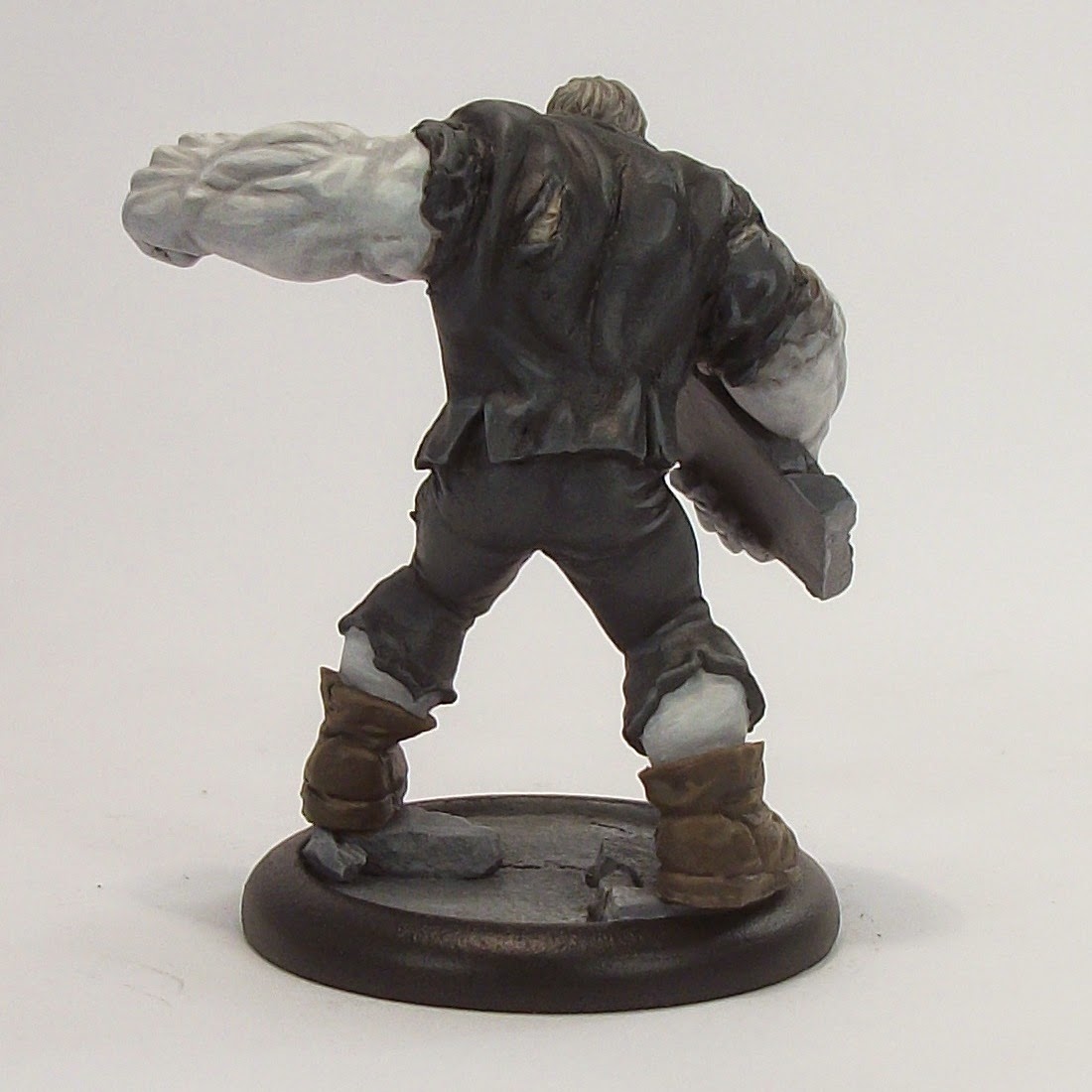 I am not sure what I will paint next for the BMG range, I will have to wait and see where the fleeting muse takes me I guess - this could be a very slow-burn project, especially considering it has taken me a year to paint four minis so far from the range!

The Watchmen characters should really be something I try and focus on, if only to create a playable force, but time will tell. I could create playable forces from lots of other options right now, but I feel turned off from those other options by the fact that the game seems optimised towards henchmen. That is not borne out by playing though, and I may be completely wrong in my assessment! There is finally a print version of the game coming, so maybe my concern will be addressed there, and Band selection will be freed up a little.

That said, I have and will have a few alternative options to play the Knight Models minis in games with Power Legion, likely picking up Supersystem 4th edition at some point, and also through the development of Pulp City's 'build your own Supremes' rules.
Posted by pulpcitizen at 02:20