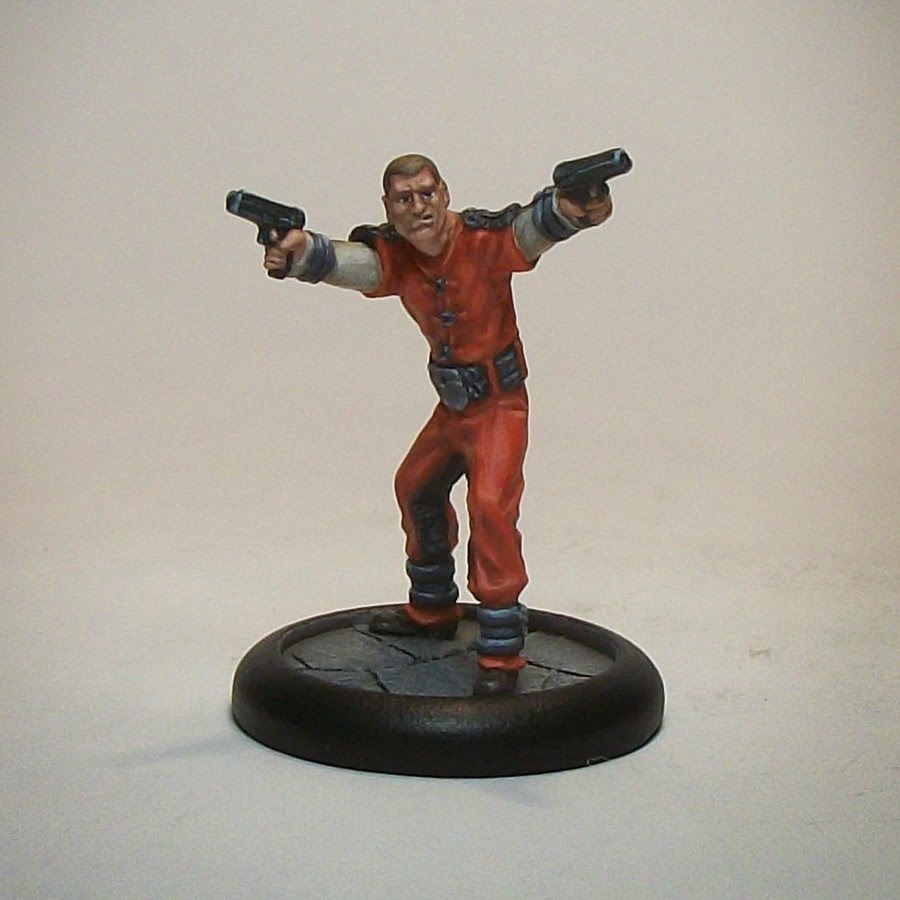 Turk is the first Henchman I have painted for BMG, and I am pretty pleased with how he turned out.

A couple of criticisms of BMG I would be open about is that I feel the game overly pushes the use of Henchmen at the expense of the stars - the costumed heroes and villains; but worse I feel, is that some of the Henchmen minis that can be taken multiple times are mostly or all included in packs with models that can only be taken once. I think given the premium pricing structure of the BMG range, that Knight Models could and should have ensured easier ways to get the multiples without buying redundant copies of models. It does not affect me - one of each is enough for me - but it clearly impacts on how some players want to play, especially as KM have set the game and range up that way. 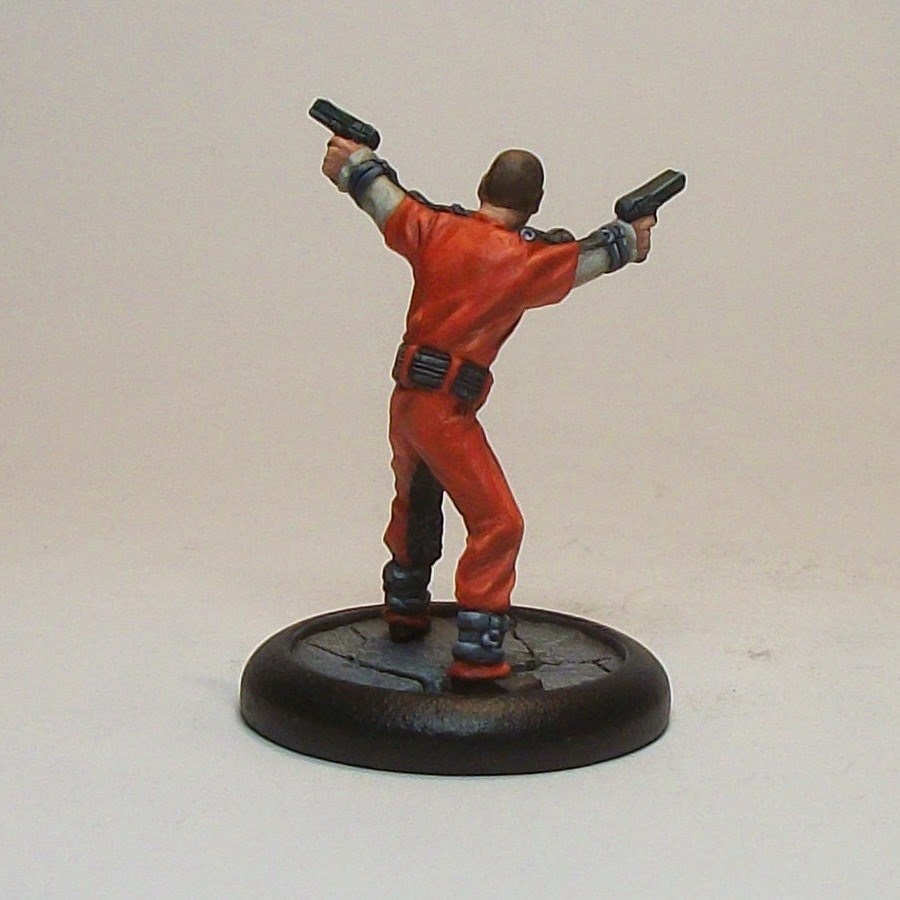 The above gripes aside, the reasons for tackling Turk while I am building up my Poison Ivy crew were two-fold. Firstly, I wanted a ranged attack option for the crew, and Turk fits the bill. Secondly, a lot of the minis as analogues to the video games have orange prison jump-suits, so this was a test-run on that colour scheme. I have jotted down what I did, so I may be able to batch paint some future Henchmen I hope.

I may be able to get a couple of test games soon (with the possibility of a local opponent!). In the mean time I still have the Plants and Deadshot to get finished before the March tournament.

One last thing; as I add painted BMG character minis to the cabinet (anything that isn't an Objective etc.), I will track my progress at the end of relevant posts - basically a motivator to get more done!