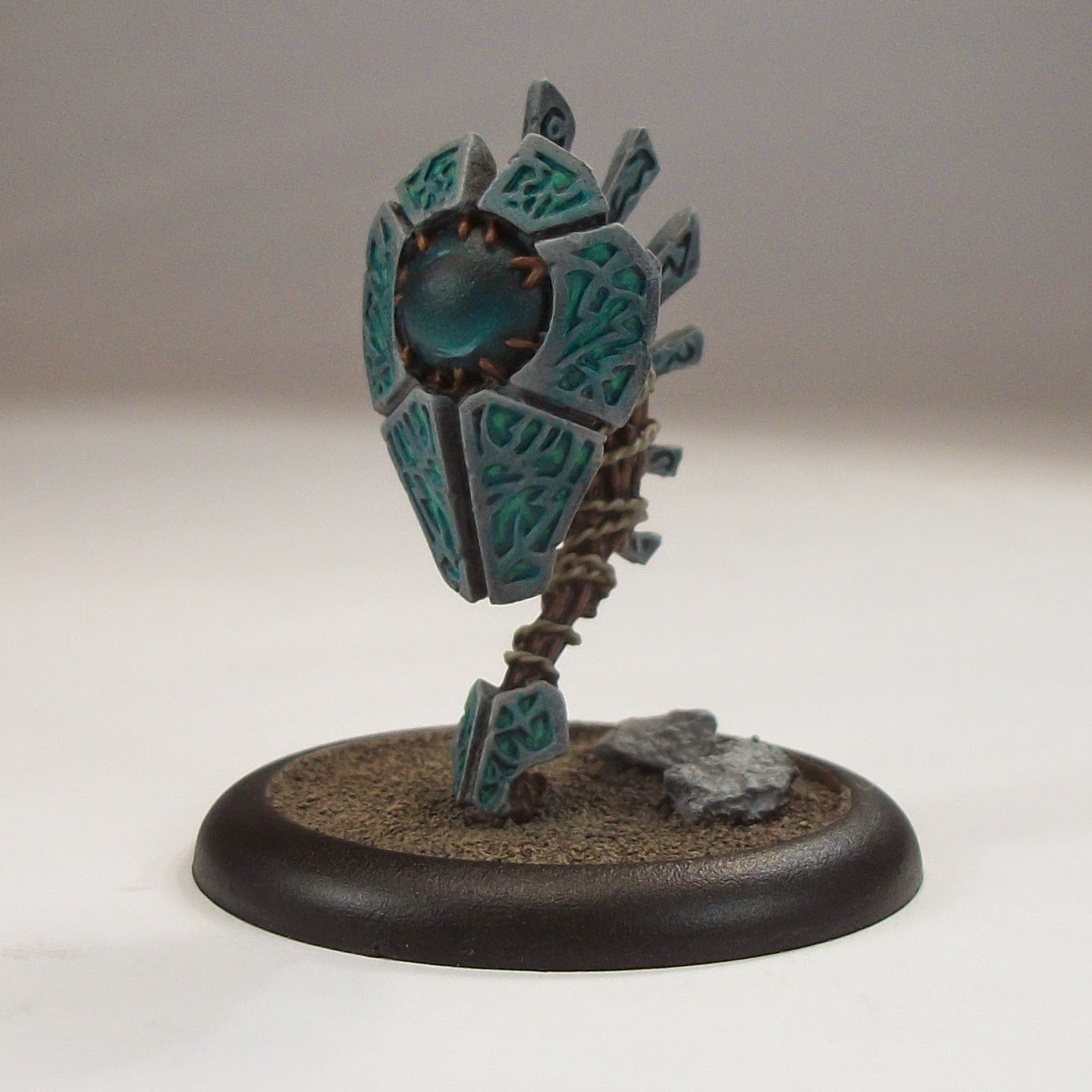 And so begins a new 'project'!

After years of contemplation, I have decided to enter the gaming worlds of Hordes and Warmachine. Over the years I had acquired a few Privateer Press minis for other projects that never came to anything. So late last year I decide the time was nigh, mainly as it should be easy to get Warmachine/Hordes games within my local area, and wanting to get more gaming in.

I quickly settled on two factions I would like to build gaming forces for, Circle Orboros and Cryx. Of the two, I figured it would be quicker and easier to get started on the Circle, so the decision made itself.

After seeing the Bradigus (Warlock) mini that set me on a course of wanting to do a Wold themed force. The Circle are druids in the WM/H world, dedicated to the Devourer Wurm, the primordial god of chaos and the wild, destructive aspects of nature. Among the resources that the druids of Orboros can call on are the various Wold Constructs, entities of stone and wood infused with magic. I love the aesthetic, so decided that was the way to go rather than the animal beasts like wolves and griffins that are also available. 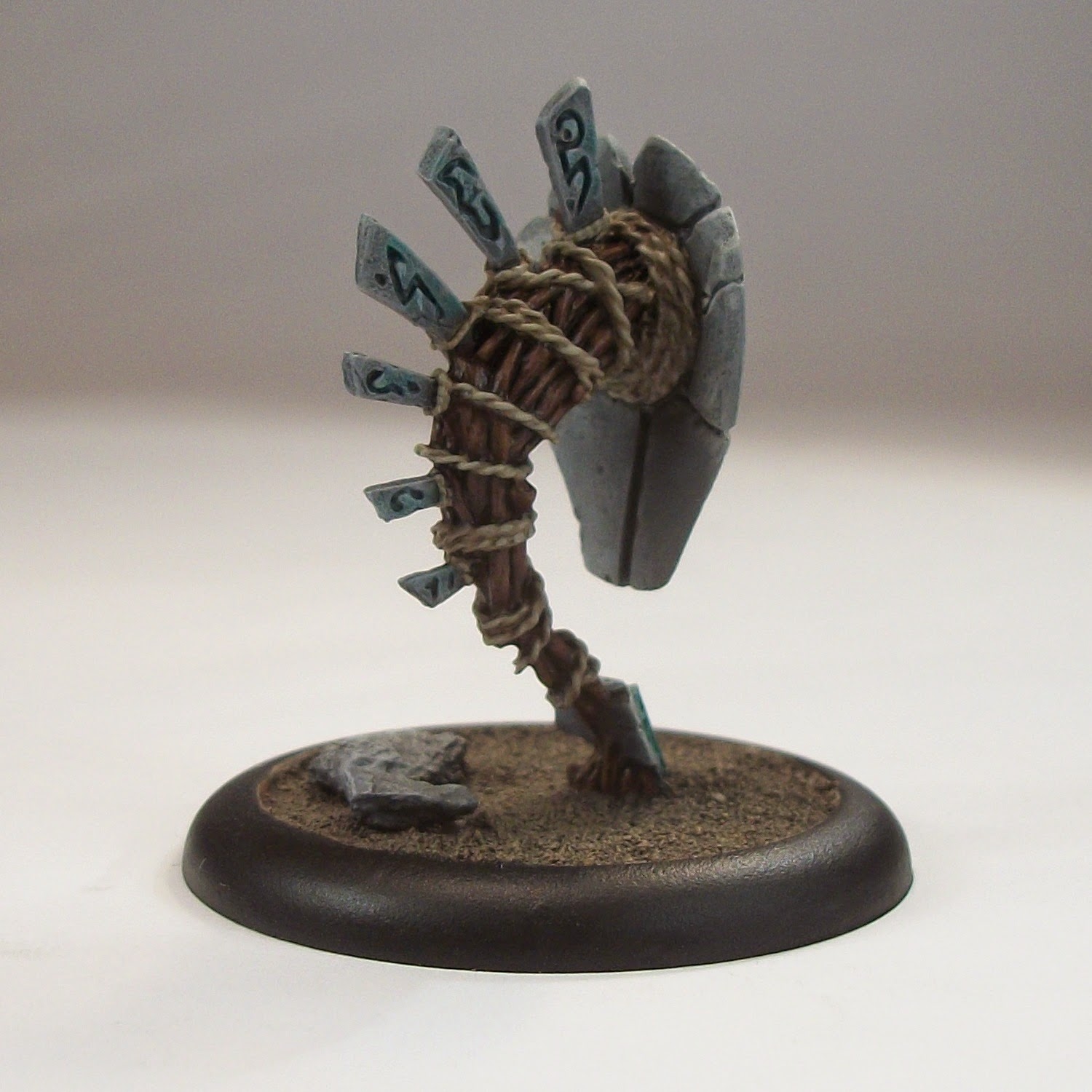 This piece - the Woldwyrd - was chosen as my first model for the force instead of one of the more humanoid Wolds because I felt it would give me the basic template for how I would be able to approach the various non-druid models in the force (incorporating the recurring textures of stone, wood, rope and gem), and it would be fairly quick to turnaround, which thankfully it was. I changed my painting style a little in so much as I went a little more basic since I am really aiming for a tabletop gaming force to be completed pretty quickly.

While painting the Woldwyrd, I finished my first unit too, so watch for that in the next few days. I hope to get a small gaming force of 15, then 25 or 35 points finished bit by bit over the next few months.
Posted by pulpcitizen at 10:37