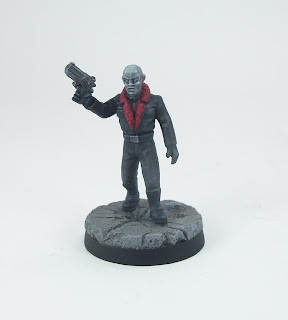 A year on from my first G.I. Joe project mini, the second finally arrives - my usual snail's pace then!

Destro was nice and quick mini to paint up. I decided to emulate some of the more recent iterations of his colour scheme layout although the mini is modelled after his classic appearance. I have so many projects on the go that this one fell down the priority order, which is the cause for the slow pace. The mini is from a private collection and not commercially available, but I was lucky to get a copy; I decided the replace the pistol with something chunkier and more menacing (I envisage it as a large calibre pistol).

For those who are are not G.I. Joe (or Action Force) fans, Destro is one the bad guys, a weapons supplier to Cobra predominately, but also the leader of his own faction - the Iron Grenadiers. 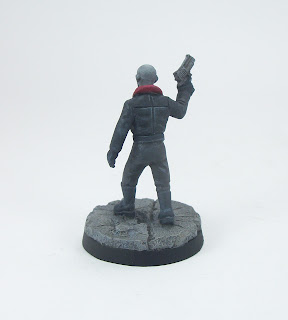 I mentioned last year that I had been developing a set of rules called Squad Wars, and work on this has resumed - I am now on the third draft and getting much closer to what I want the rules to do, and the feel I want them to create. I hope to get in some G.I. Joe influenced gaming against Brummie before too long!