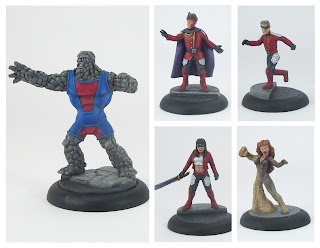 I got off to a very strong start painting 11 minis in April alone (I managed just 7 in January to March).

April certainly had a very much 'supers' flavour to my hobby outputs as I was also finishing up the draft text for a rules set (Supers Unlimited) I plan to release through Wargames Vault later in the year, and my first BMG tournament of the year (with a poor placing compared to last year's successes). 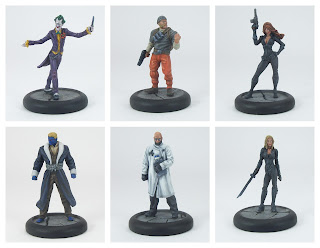 With the supers focus, April saw me tackle some minis which have been long overdue completion, as well as some ranges I haven't revised in a few years - a 'good thing' for me.

May and June combined saw me paint or finish another 11 minis, and in all the three months put me back on track with my overall target for the year after the slowdown I had in February and March. I started doing some work on new and dormant projects during this time: 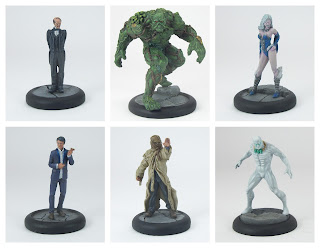 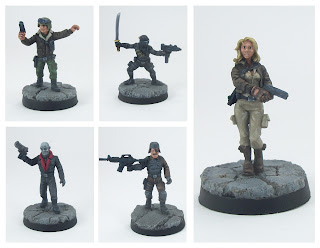 It has been much happier for me hobby-wise in the last few months, mainly as I feel more productive in recent months. This has coincided with me taking a decision to leave the Pulp Monsters partnership (responsible for the Pulp City game). There a number of reasons behind that decision which I won't go into here, but the ultimate gain for me has been more time to mess around with projects which interest me. It has meant I have completed two draft game manuscripts ready for play-test, and have a third around half done.

I have been able to explore some new skills, getting to grips with GiMP and Photoshop as far as I need them (recently with GiMP very much so, especially as Fotor is essentially becoming a paid platform for generating collages).

So all in all, things have felt much more productive lately, in writing and design, as well as painting, which has been a good thing personally.