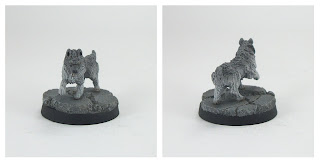 Timber is Snake Eyes' wolf companion, and not a mini I envisaged doing at the outset of my G.I. Joe Project. Painting got underway on the project in the last few weeks and it was then that Brummie mentioned he was doing one, so with that in mind I cobbled some rules ideas together, and that is how plans quickly change! 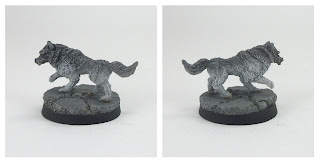 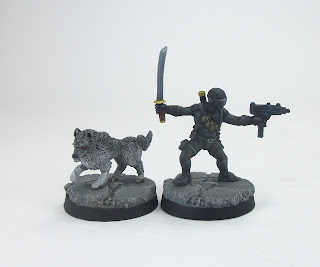 The mini was given to me by Brummie, but I have no idea where it is from. The painting was pretty easy, although I had to touch up the fur on one side to even out the patterning better. I tried to give a nice look representative of the various toys to the fur colouring, and even researched timber wolves' eyes colours for reference! 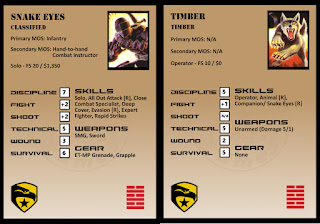 As I mentioned, I have prepped rules for personal use, to be able to use Timber in games of Squad Wars alongside Snake Eyes of course (either in a G.I. Joe team or an Arashikage Force).
Posted by pulpcitizen at 13:36