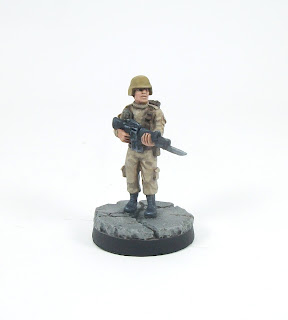 Grunt is my tenth 'enlisted' G.I. Joe (I have eleven characters so far including Timber), and the sixteenth character in all for my G.I. Joe Project. He is one of the original characters that formed the first wave of characters for the A Real American Hero line.

As one of the classic characters, Grunt was developed through story arcs outlined in the Marvel comics as well as file cards of updated versions. In many ways he is the quintessential G.I. Joe infantryman, as befits his name. 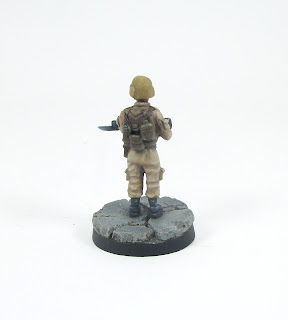 To help him stand out from any potential 'Greenshirts' I may paint, I opted to base his main colour on the tan re-paint of the action figure which was released a year or so after the first version.

I had a bit of a struggle shading the Medium Grey base colour, but a bit of a brainwave allowed me to correct that after being unsatisfied with the first shade colour. The painting isn't brilliant, but I am happy to have finished him after a bit of a slow month in August (although when I get my Vipers finished, that will add a bunch of minis in one hit). 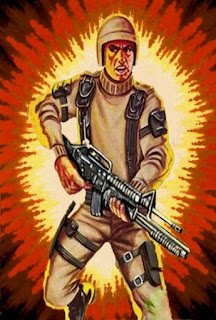