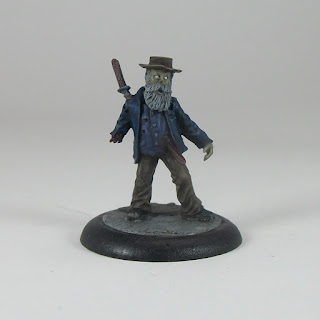 Another Zombie painted, and I have managed to meet this year's Zomtober quota despite struggling with painting motivation for the last few weeks. I actually started another mini as I thought I was not going to manage this one, but then suddenly this weekend momentum caught and he got there in the end (leaving me with another part-painted Mutant Zombie - LOL!). 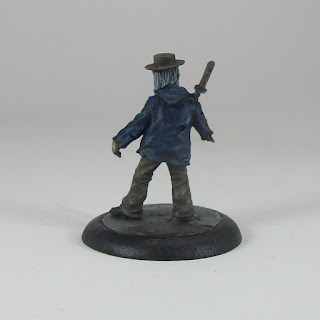 This mini was prepared years ago, as evidenced by his black undercoat, but he never got further than undercoating unlike some of the other minis I finished off for this year's Zomtober. The mini is one of the many Studio Miniatures Zombies that I have in my 'lead mountain' (enough to keep me going for a lot of Zomtobers to come to be honest!).

I like the fact that the Zombie is shuffling around with a katana embedded through his torso! Makes you wonder what happened to his attacker! 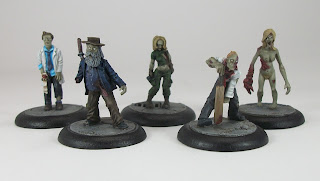 In previous years Zomtober has spurred on other painting, but not this time. However, I met my target which is the most important thing, and the horde has grown a little more which is always positive.

Finally, once again I have to say it has been brilliant to see so many participants involved in Zomtober 2016 each week, and I hope to see as many of the bloggers who have been involved this year striving to do so again next year. Well done guys!
Posted by pulpcitizen at 12:40