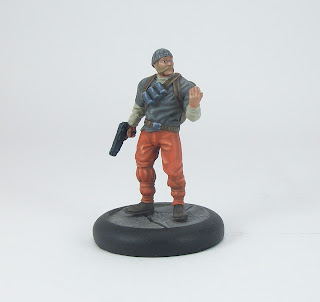 Prisoner 05 for BMG has been part-painted for far too long. This is likely due to a combination of factors curtailing my motivation, few directly due to the mini itself.

It has been almost four months since I last painted a BMG mini, so I think that says quite a lot. Based on last year I averaged a little over two BMG minis per month, so I am far off that pace in 2017. Hopefully I will get a few more done over the next couple of months.

In game terms, Prisoner 05 offers a fairly decent package I think, for what is relatively low Reputation and Funding. As he relies on his Automatic Gun and Smoke Grenades, his low Willpower is not a problem, and Endurance 5 is a nice touch. For me though, I am not looking at using any crews right now into which Prisoner 05 would neatly fit, so he is likely to sit in the figure cabinet for a while. 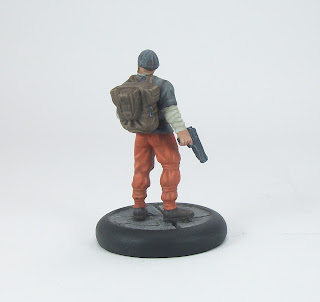