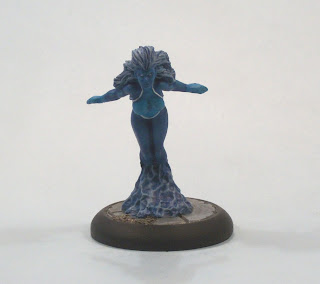 I imagine Aquamarina is some kind of Unhuman mutate empowered with the ability to transform into a form of water. Or maybe she is some kind of water elemental type? Who knows. 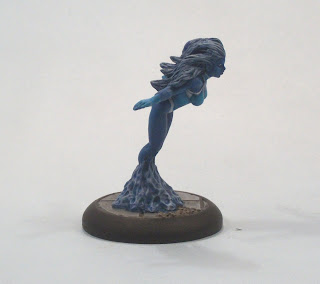 This mini is one of a burgeoning number of supers to be found in the Chronoscope range from Reaper, and known by a different name in that range to the one I have chosen. The mini is effectively one of a set of four classical-element themed female supers in the range, and I will get to the others in good time. While it was nice to see supers in the Chronoscope range, I feel that more recent sculpts have been better than a couple of the initial supers minis (with some notable exceptions among those first few). 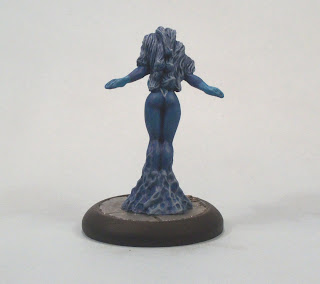 Obviously anyone who follows my Pulp Citizen blog knows I am a supers nut, so expect to see quite a few in the coming months if I can keep my present motivation for painting. But rest assured other stuff is in the pipeline, so hopefully this blog will live up to its name.
Posted by pulpcitizen at 09:46