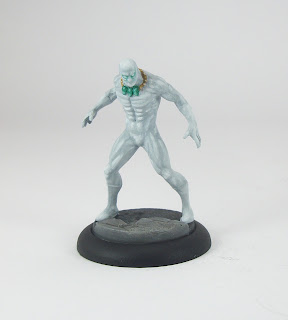 Well there we go - White Tiger is done, just by the skin of my teeth!

My contribution to Forgotten Heroes (click for link) and it has been great watching various projects unfold - well done all. I promise to be better organised next year - although I feel my G.I. Joe stuff this month is in keeping with the whole thing too. :)

Thankfully this was a fairly simple paint job which helped speed things up. I was able to go a little messy doing the necklace with the knowledge I could tidy up the 'white' areas. The white was mainly done using Vallejo Pale Blue Grey as a base up to Off-White. For some deeper recesses I mixed in a bit of Blue Grey. 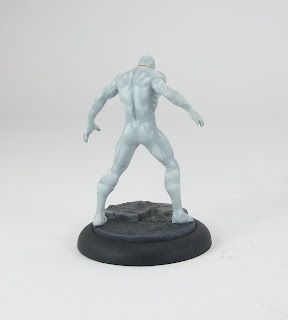 I decided to shade the eyes with a pale green to tie into the amulets he wears, representing the glow of mystical power they infuse into him. Other than that a pretty simple paint-job.

I also worked up a rules card for him for the defunct Spider-man Miniatures Game, just to complete the project. His Reputation cost may get a slight re-jig when I rework how I have engineered my best guesses for KM's points formula. I fear not, there are more home-brew conversions planned for SMG in the near-future. 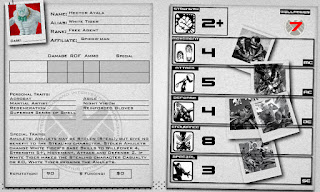