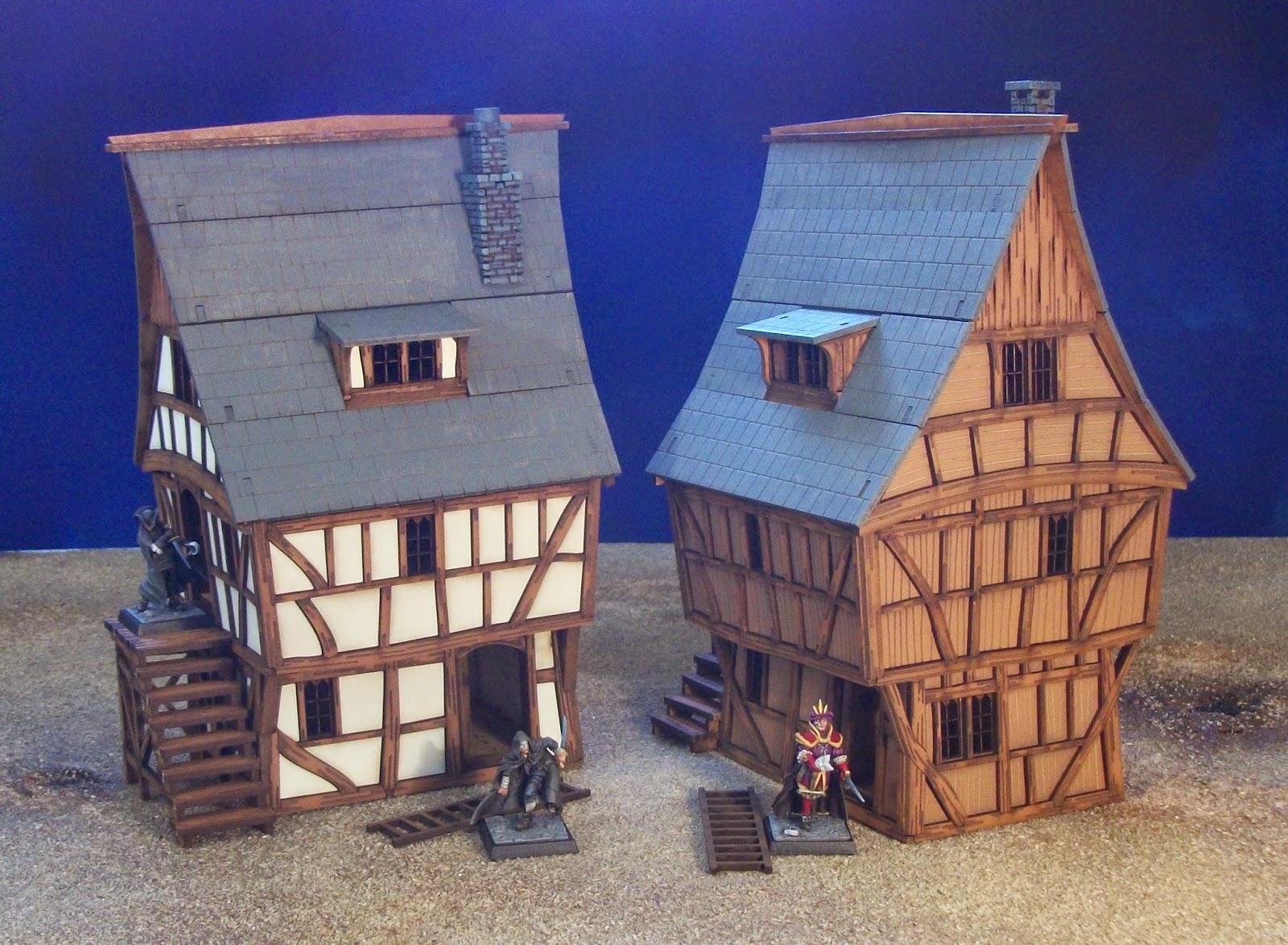 A few days ago it was my birthday, and I was a very fortunate Citizen indeed, as I received another two Fabled Realms kits as gifts. These kits were both the same Mordanburg Dockside Dwelling 3, but thanks to the options given with the kit, they have been assembled to have some differences in appearance.

The kit provides 2 choices of cladding, and something like 4 options of chimney configuration. In addition, the doors could theoretically be swapped over, and there are shutters available to use, however I decided against the shutters since I want the buildings to be as useful and accessible as possible for gaming, meaning windows for models to shoot from! 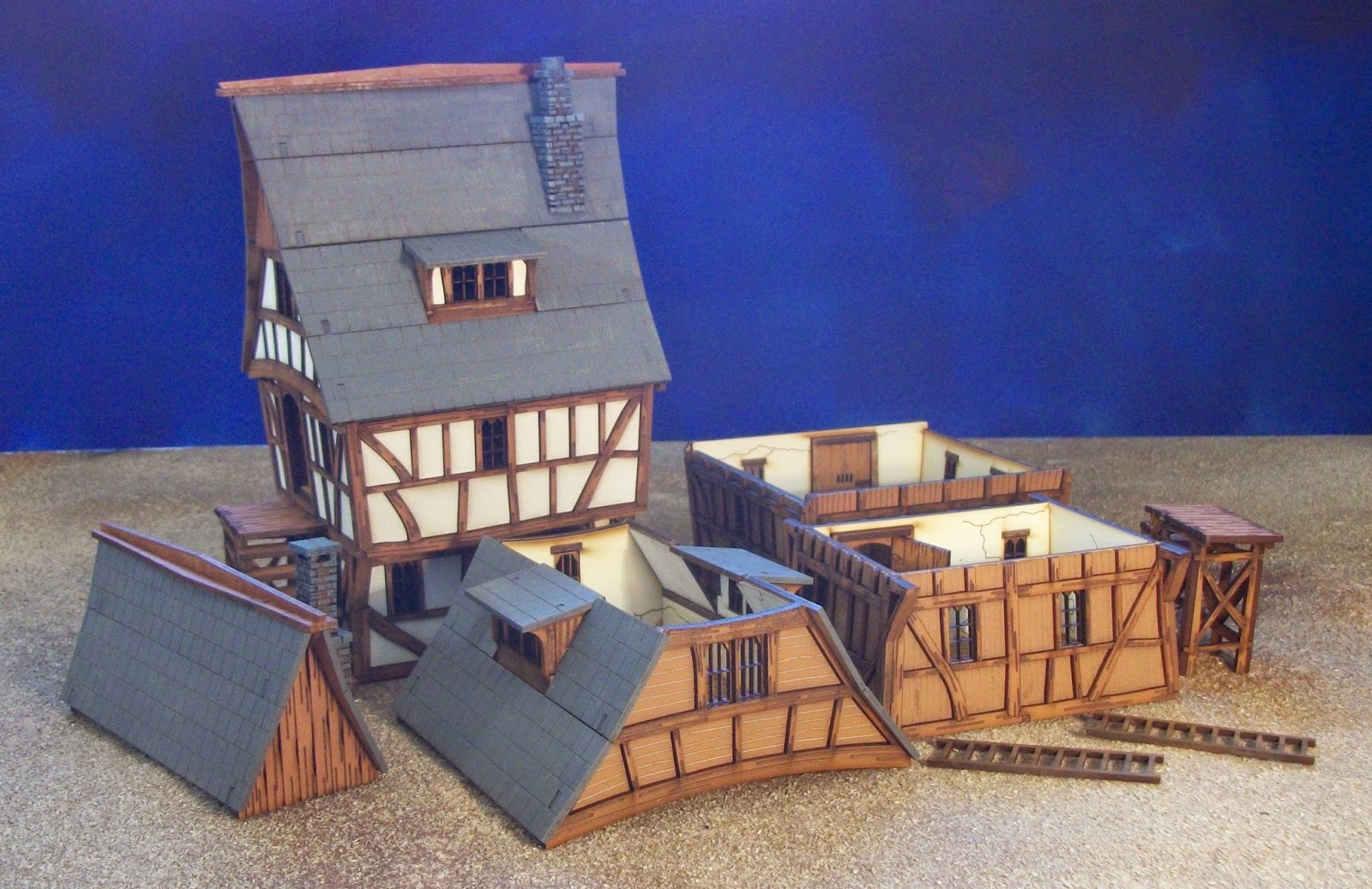 I did use some surplus windows from an earlier kit I had assembled to differentiate the frames and look of the attic windows on each of them.

Each build took around four and a quarter hours, both comprising 5 sub-assemblies with the exterior steps as well as floors, attic and roof. As when assembling the other Fabled Realms kits, I jumped around the order of assembly a little, building each first stage shell-first to allow that time to dry before adding the exterior timber work and cladding. I built the two separately as I didn't want to get confused working between the two, especially as some details would intentionally distinguish the different buildings. 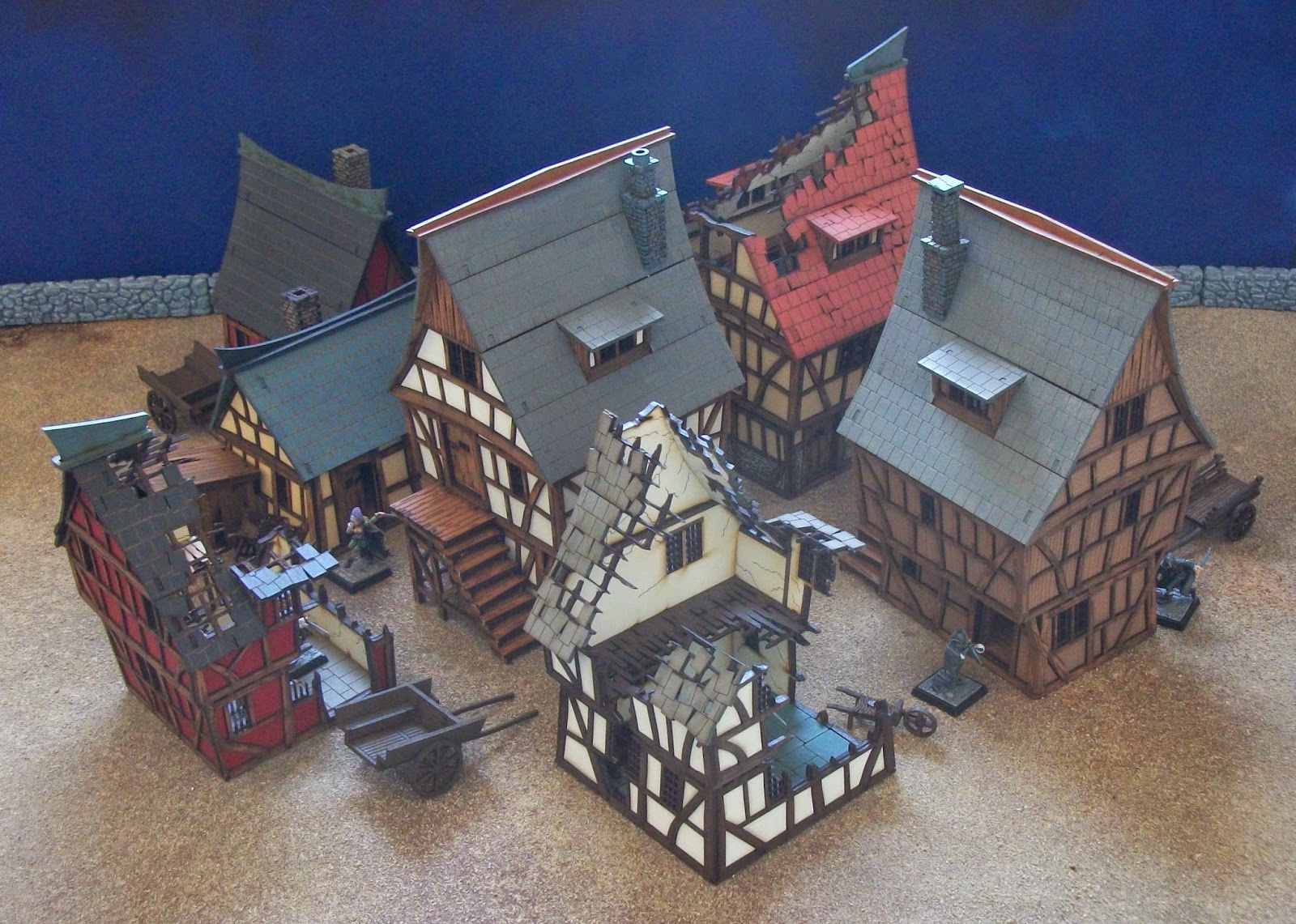 Each building's roof was over-painted with a similar colour to the pre-paint colour, mainly to cover scorch marks.

Moving forward, the 'town' is growing between my buildings and the ones Rob has put together. I love the recently revealed Fabled Realms Watch Tower (due to go on sale in June), and would love to get the mighty Stoic Arms pub to add to the gaming table. I can see myself picking up one or two more Fabled Realms house kits before I get to either of those I reckon, and depending on pricing, I think the Watch Tower will be the likely next purchase of the two, although if similarly priced to the pub, then the Stoic Arms pub would be my first choice. Time to get saving!
Posted by pulpcitizen at 01:36